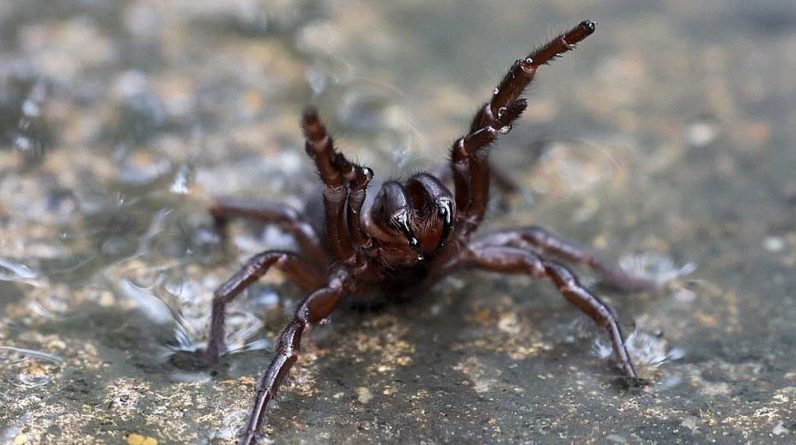 For several days, parts of the Australian state of New South Wales, including parts of Sydney, have been under water due to torrential rains.

So people welcomed the return of the blue sky on Wednesday. But they quickly received an “urgent” and dangerous – warning from the authorities: they should be prepared for the arrival of Adrox Robustus, Tarantula whose venom is the most violent in the world, and it belongs to the Sydney area.

“They will enter the houses very soon”

“Warming temperatures and high humidity make the perfect cocktail to explode in the presence of Adrox Robustus in the coming days,” said Tim Faulkner, director of the Australian Reptile Park.

“After the incredible flooding we experienced in Greater Sydney, they have been evicted from their habitat and taken refuge in arid areas,” he explained. “It means that unfortunately they will be entering homes very soon.”

Known as Atrox robustus (Sydney funnel-webs spider) is particularly feared for its venom and very fast-acting venom. Less than 13 human deaths have been officially documented by the bite of this tarantula.

However, there have been no dangerous attacks since a serum was developed in the early 1980s.

The Australian Reptile Park, which has serum stocks, has insisted on catching the “courageous” Tarantula and bringing it to the collection areas.