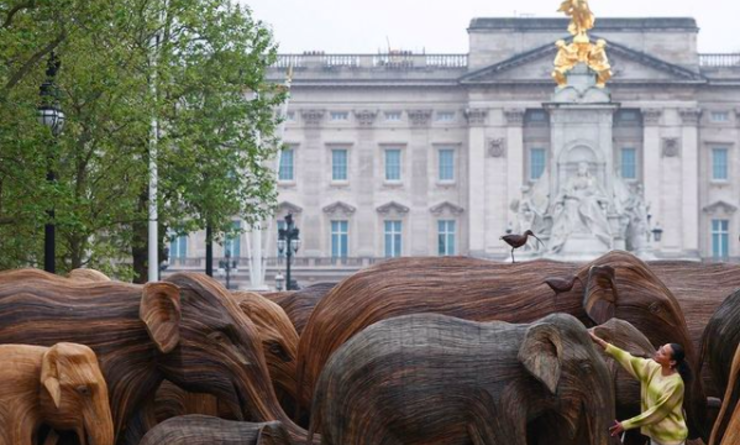 Last Saturday, elephants marched on the famous London Avenue The Mall, not far from Her Majesty the Queen. In real terms, the animals had the uniqueness of wood: an initiative‘Elephant Family Trust, As part of their campaign called “CoExistence”.

125 Pachyderm sculptures were taken from India to London. Carved by local indigenous people, the giants will be on display for charitable fundraising in the capital’s parks before being sold for $ 30,000 each.

A meaningful message for today

The organizers of the movement want to highlight the impact of the health condition on certain endangered plants and animals. These dangerous animals are once again changing as human activities are greatly reduced during epidemics. What to wonder about our coexistence path: “It’s a question of mutual survival.” Ruth Ganesh, one of the ideological leaders of the “march” announced.

The money collected will be used especially for planting crops, which are intended to provide a new environment for elephants, far removed from farmland cultivated for human production.