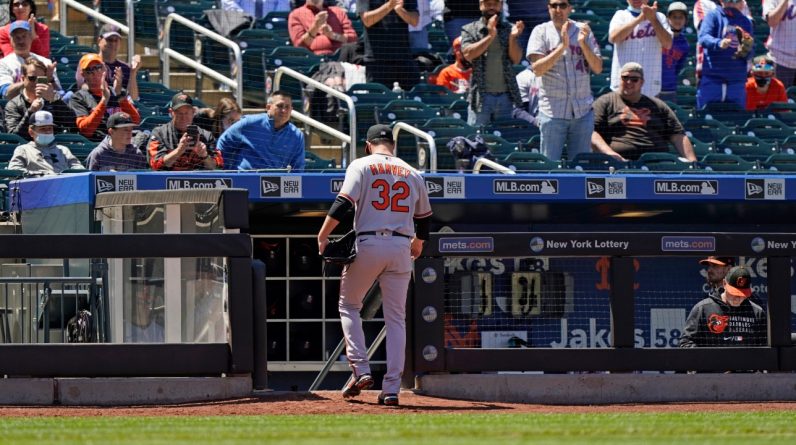 On his return to City Field, Mats Harvey was warmly welcomed by Mets fans, but the New York hitters did not.

Harvey lost for the first time against his former team 7-1 to Baltimore Orioles on Wednesday as the Mets won their seventh game.

He gave Kevin Pillar a three-run triple in the second inning. Dressed in orange and black rather than orange and blue, Harvey (3-3) allowed his most points this season (seven) and eight wins in four and three innings. His run average dropped from 3.60 to 4.81.

The Orioles have lost five of their last six games and are last in the U.S. East Division.

Taiwan Walker (3-1) reduced his ERA to 2.20 after giving up one run and four wins in seven innings.

Dominic Smith hit three CSs and made two runs for the Mets, who stayed at home with a record of 5-0. They are the leaders in the National East.

Elsewhere in the country:

CIN: Jesse Winger and Eugenio Suarez put on four runs in the 10th inning
Pit: Philip Evans runs out for second in the 5th inning with a left thigh injury.

PHI: Rice Hoskins hits a single, which definitely puts his team in 10th place
Vaas: Washington have lost their last 4 games and 7 games in the last 8 games.

STL: The success line of the cards is reduced to 4
Mill: Travis Shaw breaks double, Avisil Garcia adds 2 for Homer in the 8th inning