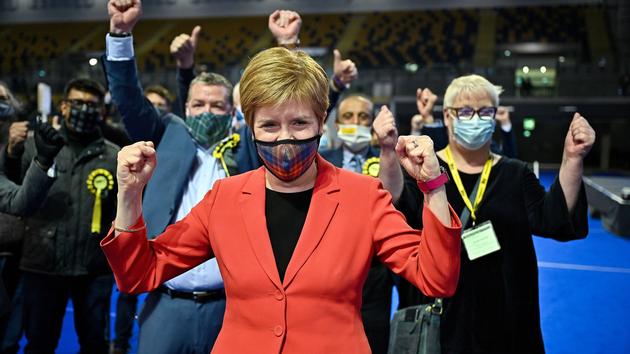 They didn’t hit the magic number 65, but came very close to it. The separatists of the SNP (Scottish National Party) not only have one seat in the Holyrood Parliament, they won ten years ago in 2011. Prime Minister Nicola Sturgeon, The proximity of the goal is annoying, but the success is clear. Pro-independence parties have a comfortable majority.

With the support of the Greens, who won 8 seats, the separatists won 72 of the 129 seats. “It was a huge success for Nicola Sturgeon, Comments Nicola McQueen, Associate Director, Center for Constitutional Change, University of Edinburgh, It may have lost an absolute majority by one seat, but it has twice as many seats as its closest rival and the pro-independence majority is stronger than ever in view of the Greens’ victory.. “Before the declaration

See also  Steve Bannon, who is close to Trump, has been accused of refusing to testify in Congress