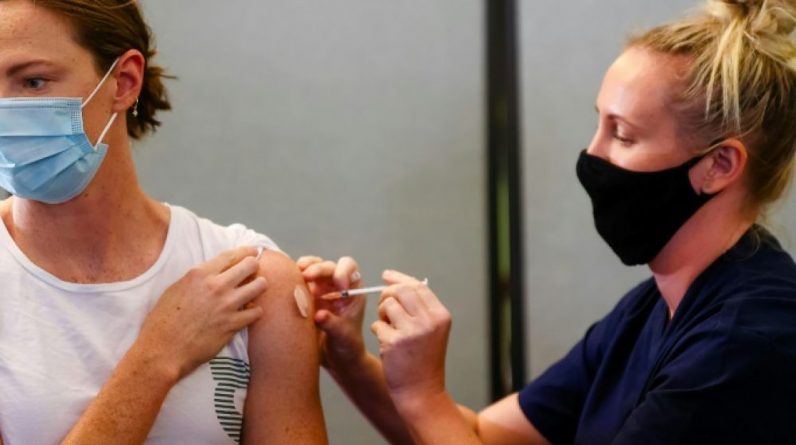 While the vaccination campaign in both countries has been very slow, Australia on Monday began vaccinating its athletes against Covid 19 to compete in the Tokyo Olympics in two months.

Swimming champion Kate Campbell, who is competing in her fourth Olympics in Japan (two gold, one silver, two bronze), is one of the first to volunteer.

Speaking to reporters after being vaccinated in Brisbane inside the Queensland Sports Academy, he said, “We are going to see a new situation in Tokyo, so having this little bandage is a huge burden on everyone.

About 2,000 athletes and their companions are expected to take part in the Olympics and Paralympics, and officials estimate that the majority will be vaccinated.

The vaccination campaign in Australia, one of the countries in the world that has been successful in effectively combating the Covid 19 epidemic, is lagging behind the timetable compared to the timetable set by the government.

So Canberra has decided to expedite the vaccination of athletes invited to take part in the Tokyo Games starting July 23, which is a priority treatment, which has attracted some criticism on social networks.

Less than 10,500 deaths have been reported in Japan since Covid 19, which is much lower than in many other countries, but like Australia, the vaccine campaign is also very slow.

Last week, the Japanese government extended the state of emergency in several regions, including Tokyo, until the end of May.

The Japanese government, Tokyo 2020 organizers and the International Olympic Committee (IOC) are working hard to ensure the Olympics are held in “complete safety”.