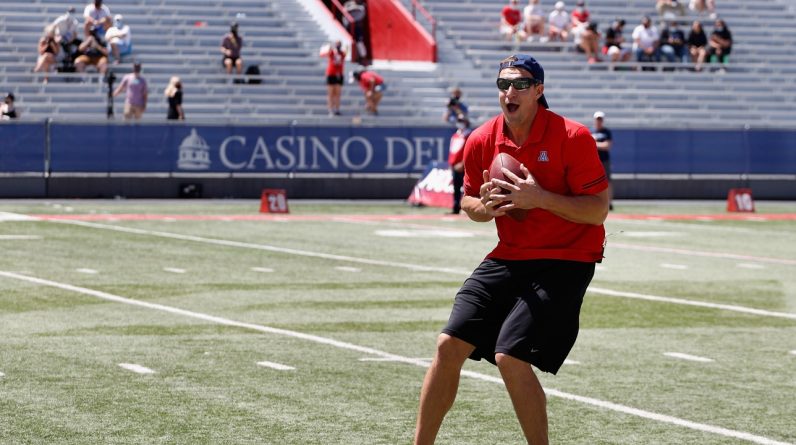 The 10-season NFL player is now in the Guinness Book of World Records for being able to catch an abandoned pass from a helicopter flying 600 feet in the air on Friday.

Krankowski performed this feat at the University of Arizona, for which he played in the NCAA. He was with his former New England patriot teammate Teddy Bruce to act as guest coaches for the Wild Gates spring camp game on Saturday.

After winning his third attempt, he said, “World Record Broken !!! On the scoreboard “(world record broken, note), Krankowski celebrated in his usual way with a” crony spike “in the middle of the Arizona Stadium pitch.

“Every time you step on the pitch you have to raise the bar to a different level,” Kronkowski told the team after the catch. “I raised that bar that much.”