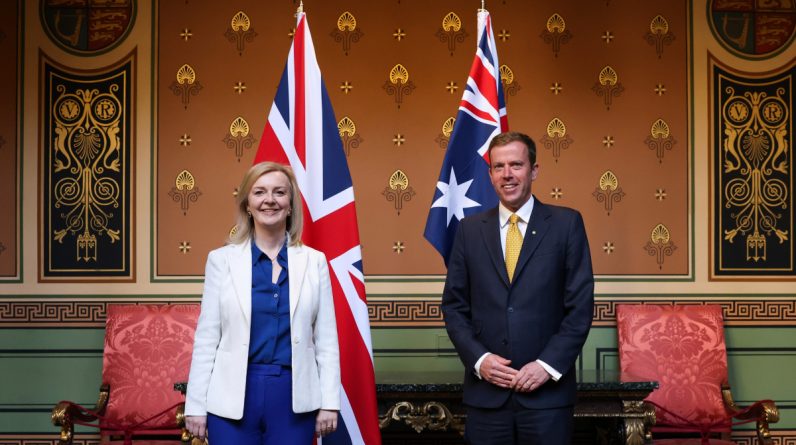 Britain is set to sign a major trade agreement with Australia – which could be signed next month.

The $ 20 billion deal could be sealed within weeks after both sides shake hands over all key parts of the deal.

But Ms Truss impressed her opponent with Vietnamese food on Thursday night, before spoiling the Town Under group with fish and chips yesterday.

He is Mr. Tehan Emma gifted Bridgewater mugs and a cup of tea from the London Pottery Company.

The Sun understands that part of this deal is moving toward the obligation of Scotch whiskey oz, which will be a great incentive for Scottish makers.

International Trade Secretary Liz Truss said: “We have made great inroads in recent days and now a deal is in place.

“I would like to personally thank Dan for his contribution and for wanting to make this deal.

“This is a deal that will benefit Britain and all parts of our economy.

“It is a fundamental liberalization agreement that will support jobs across the country and help us emerge stronger from the epidemic, strengthening ties between the two democracies that share a strong belief in independence, the spirit of trade and fair play.

“With the aim of reaching an agreement by June, we will spend the next few weeks sorting out details and resolving pending issues.”

See also  A-stages and GCSEs: No cost examination appeals for universities in England

The UK was Australia’s fifth largest trading partner in 2019, negotiating ‘freshly’ after Britain left the EU.

A source in the Ministry of Commerce said: “This agreement ultimately shows what we can do outside the EU.

“This is the first deal we’m newly made. It’s another big win for Liz.”