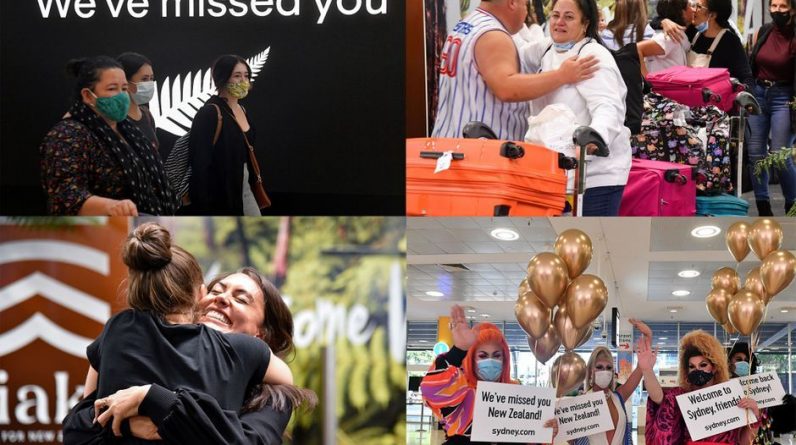 The border between Australia and New Zealand was reopened, allowing travelers from both countries to travel without being isolated as of Monday.

The bubble of happiness. On Monday, the border between Australia and New Zealand was officially reopened, with no isolation imposed on travelers from either country. After more than a year of restrictions, many families have the opportunity to finally find each other. A new health bubble “marks a significant step in reuniting New Zealand with the world, a step we should all be very proud of,” New Zealand Prime Minister Jacinta Adern told reporters in Wellington. Thanks to this new move to resume normal life, New Zealanders said Australian Prime Minister Scott Morrison should come to see him “not too far in the future”. He has already announced that Foreign Minister Marice Payne will arrive in New Zealand on Wednesday.

The media in both countries have aired numerous reunion pictures taken at airports, showing relatives reuniting emotionally. However, the governments of both countries have issued warnings to travelers that they are closely monitoring the Covit-19 related conditions and these trips without isolating them. In addition, Scott Morrison recalled that “the idea of ​​reopening everything in one day, all of a sudden, is not the way it should be.” “Everything is going to be done carefully and accurately, working closely with health care services because I am not going to endanger the way Australians live today,” he said. After the most severe imprisonment and closure of borders in 2020, the country was able to resume almost normal life just last fall. As of Sunday, only 16 new cases of Covid 19 have been reported in the last 7 days. A total of 910 people died from the disease. New Zealand has seen 26 deaths since the outbreak and two new cases in the last seven days.