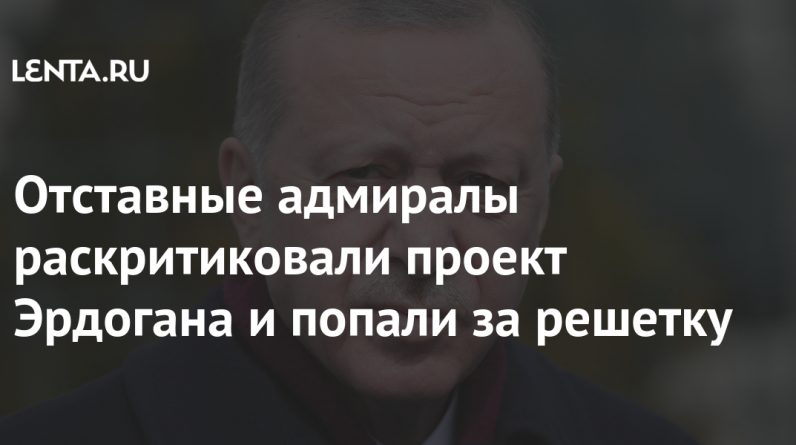 Ten retired Turkish admirals have been arrested on suspicion of high treason after signing a letter among more than a hundred retired military leaders. In the letter, the BBC reports that they criticized President Recep Tayyip Erdogan’s plan to build a new water canal.

The admirals were charged with “agreeing to commit a crime against state security and constitutional order.” It is noteworthy that those involved in the failed coup against Erdogan in 2016 were punished with the same words.

“It is unacceptable for 104 admirals to come together and distribute such a document in an instant. This act cannot be considered an expression of freedom of speech,” the country’s president said in a statement.

In the letter Montreux noted the importance of the conference – the international agreement on the regulation of traffic on phosphorus. Erdogan stressed that his government wants to continue its work.

The Turkish government last month approved plans to build a 45-kilometer Istanbul canal parallel to the strait. “Those who oppose this plan are the real enemies of our republic,” the Turkish president said.

Quick delivery of messages – in the “day feed” in the telegram