Home Top News The U.S. WWII ship was found outside the Philippines at a depth of 6,500 m 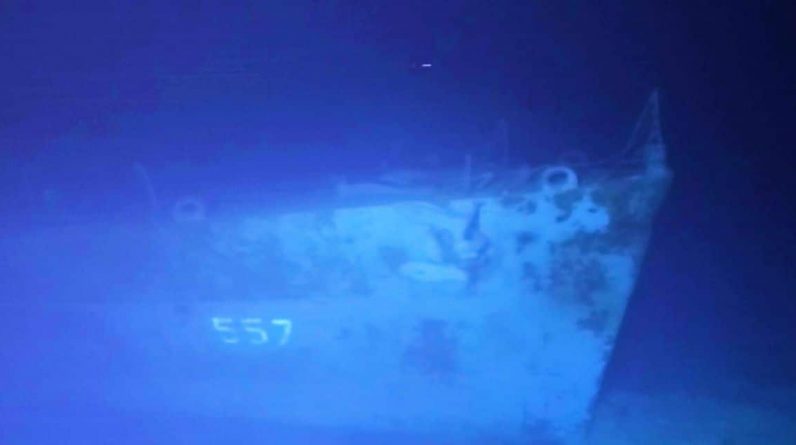 “We made the deepest dive in history to discover the devastation of USS Johnston,” tweeted Victor Vescovo, founder of the Texan company Calton Oceanic.

During a two-eight-hour dive at the end of March, crews filmed, photographed and surveyed the devastation off Samar Island, said Kaladan Oceanic, an expert in underwater technology.

The 115-meter-long destroyer sank during the Battle of the Gulf of Leyte on October 25, 1944, marking the beginning of the end for Japan, the largest naval battle the world has ever seen.

It was located by other explorers in the Philippine Sea in 2019, but most of the wreckage was outside the range of their remote control vehicle.

“We set 2/3 of the ship upright at a depth of 6,456 meters and set it intact. We, three, in two dives, explored the ship and paid tribute to its brave crew,” Victor Vescovo said on Twitter.