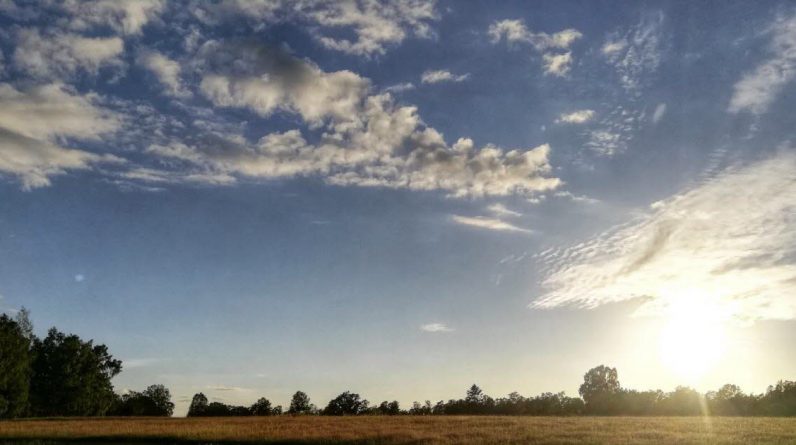 Big Sun, Scales, Rain… This week from April 5th to 11th, the elements will give us a beautiful demonstration of their diversity.

This Monday, April 5, the dominance of the sun will be challenged by clouds in the afternoon. In the Auvergne-Rh -ne-Alps and the southern region (formerly Paca). In the evening, the sky to the north of Izre and Trum and Artech will become very cloudy, while rain is expected over Savoy and Ain. Some snowflakes are also expected in the heights of the Hot-Fuji and Northern Alps.

Mangala Pakka is generally sunny, with only a few scales in the morning enjoying the brioche field, while the weather in Aura is very subtle. A little snow is expected in the south of the Chamonix, Mostier and Iser, as far as Grenoble in the morning, as far as Donan and Annecy in the evening, as well as in Borgoin, Chambery and Hot-Savoy throughout the night.

During the day everyone expects the sun, this Thursday, and a galactic night. The temperature will regain color. Elevations of 11 ° C were recorded at 12 in Annecy, 12 in Chambery, 13 in Grenoble and Privas, 14 in the interval, 15 in Avignon.

This Friday the clouds call themselves, but everywhere in our area the temperature should continue to rise. It is expected to be 15 ° C south of Artech and near Lake Geneva, 16 16 C in Northeastern and 18 கார C in Carbendaz.

The weekend will not be as good as it would be, as rain is expected everywhere in Aura and Paka on both days. The temperature will be the same as on Friday.

Have a great week!