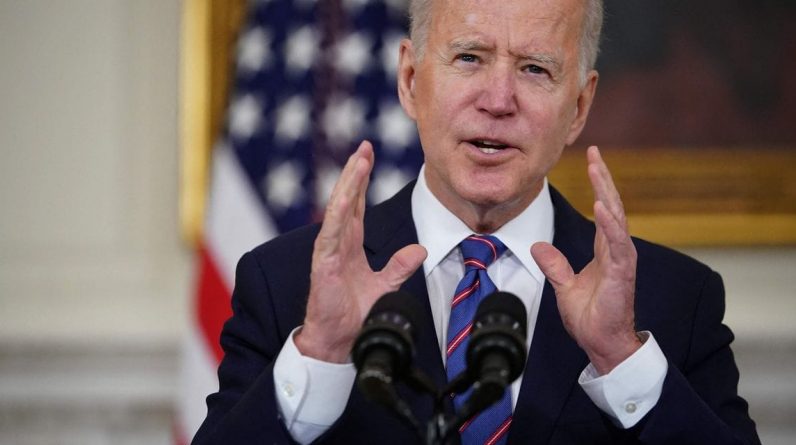 “President Biden reaffirmed the unwavering support of the United States for Ukraine’s sovereignty and territorial integrity in the face of Russian occupation of Donbass and Crimea.” During a telephone exchange with Zhelensky, according to the White House.

At the end of the meeting, the Ukrainian leader praised the “important partnership” with Washington.

Amid renewed tensions between Kiev forces and pro-Russian separatists in eastern Ukraine, Ukrainian and US officials have recently expressed concern over the arrival of thousands of Russian troops and equipment on the Russian-Ukrainian border.

These tensions test the beginning of Joe Biden’s presidency, when Russian-US relations have never been the same, Moscow recently recalled its ambassador to Washington.

On Thursday evening, while Kiev was openly concerned about these troops, Washington had already warned Moscow against “any act of aggression.”

The Kremlin spokesman Dmitry Peskov responded Friday that Moscow would take “all necessary measures” in the event of Western military intervention in Ukraine, which is considered part of its influence by the former Soviet republic Russia.

He reiterated that “Russia does not threaten anyone, never threatens anyone,” blaming growing tensions on the “repeated provocation of the Ukrainian armed forces” against separatists.

Meanwhile, the Russian military on Friday announced military exercises aimed at simulating security in the face of a drone strike in a region near Ukraine.