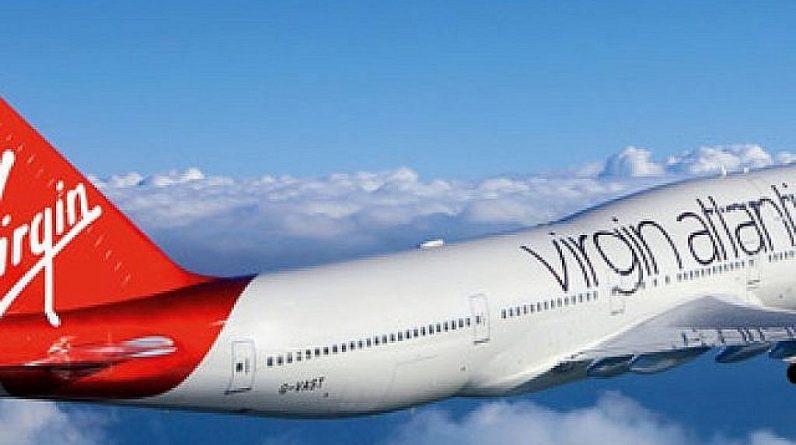 A Virgin Atlantic flight from London to Tel Aviv had to return after colliding with a laser beam in the cockpit and temporarily blinding the pilot.

About 20 minutes before the incident the plane was in the air and approaching Paris, which returned to Heathrow Airport. After the plane landed safely, passengers were accommodated in free on-site hotels before boarding the next flight.

A Virgin Atlantic spokesman said the plane had returned to Heathrow after takeoff due to a laser beam incident.

Get our daily edition for free by email, so don’t miss the best news Free registration!

“The safety and security of our staff and customers is paramount and this is a precautionary measure taken by the airline staff.”

Incident: Virgin Atlantic # VS453 London Heathrow to Tel Aviv (Boeing 787-9 G-VTIA) Paris SW. Pan Pan was announced with ATC. The cause is not yet known.https://t.co/yHyixUbBjH pic.twitter.com/lmKL0FGxRC

“We would like to thank our customers for their patience and apologize for any inconveniences. All customers have been provided with overnight accommodation and we will do our utmost to ensure that they are able to continue their journey as soon as possible. We are in close contact with the Commission. “

On March 15, # Virgin Atlantic Boeing 787-9 (G-VTIA), aircraft # VS453 From # London To #TelAviv Had to come back # Heathrow Airport after someone targets the cockpit with a laser beam upon departure. The crew announced Ban-Ban above Paris, made a U-turn and flew back to London. pic.twitter.com/QRv3Y4LYQM

The man who lit the laser beam in the cockpit was arrested daily, the report said Mariv. The police did not immediately confirm this information.

See also  Retired Marine General John Allen: Trump's threats of military force may be 'the beginning of the end of the American experiment'