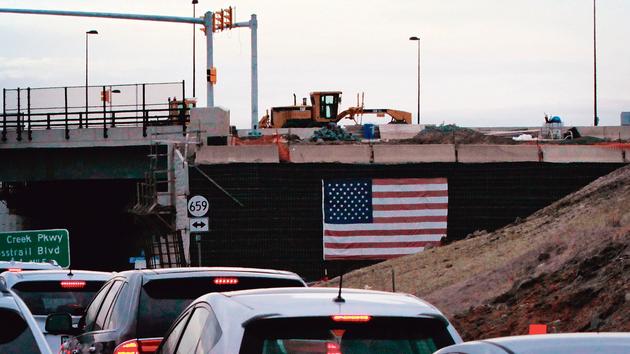 The US president wants to allocate $ 2,000 billion in public funds for the modernization of infrastructure.

Joe Biden, who has fulfilled his campaign promise that began in Pittsburgh (Pennsylvania), is asking Congress to approve the $ 2 trillion allocation.Make the United States a low-carbon economy and a world leader in modern infrastructure by 2050.

Back in Pittsburgh, Joe Biden is set to present his ambitious plan on Wednesday, March 31, from the United Brotherhood of Carpenters’ Training Center. A choice that signifies its desire to strengthen its electoral base among the unions. By using expression more often “Well-paying union jobs ”, The president, who is proud of his Pennsylvania roots, insists that most of the work created by his plan to invest in roads, bridges, ports, airports and public transport networks will benefit unionized employees.

$ 8 trillion will be spent over eight years, representing 1% of GDP each year. Envelope forced