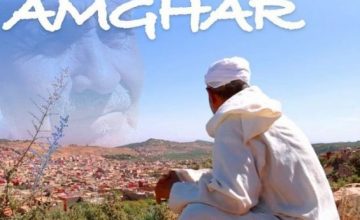 Directed by Pachchip L Mesoud, The 60-minute documentary film “Amgar” (2020) deals with an aspect of the Moroccan cultural heritage, embodied by the character of Amgar (Sage), who plays different roles in resolving many issues and conflicts between citizens, especially on economic and social levels, the director explains.

The documentary depicts the daily lives of different types of people and the philosophy of coexistence between them, referring to El Mesoudi as asking for the wisdom of the honest, righteous and virtuous man “Amgar”.

By drawing attention to Amgar’s movements and meetings and talking with him on his travels, the director shows the role played by this person selected by the committee, ensuring that the team manages its affairs well and guarantees its synchronization. The film challenges the conditions under which any “Amkar” must carry out his mission effectively.

The documentary, produced by Creativity for Audiovisual Production, participates with seven other films in the 10th edition of the African Film Festival in Luxor, Egypt.

The ancestral art of Damgrot is on display at “Camel Souk”