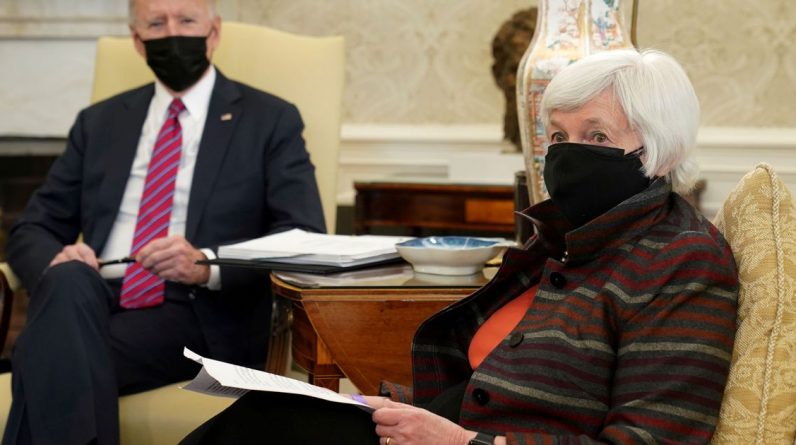 The U.S. Secretary of the Treasury told the House of Representatives on Tuesday that the Biden administration was working on a massive investment plan, especially in raising taxes on companies financing infrastructure.

Joe Biden “It was clear in the plans related to taxation”, Janet Yellen said the president wanted to raise the corporate tax rate from the current 21 percent to 28 percent. “We see a global race to reduce corporate taxation and hope to end it.” He added. This could be a tax hike “Allows American companies to move their support operations overseas, coupled with a reduction in concessions to companies.”

During the presidential campaign, Joe Biden proposed raising the corporate tax rate to 28% and raising taxes on individuals earning more than $ 400,000 a year. As the Democratic administration operates on a $ 3 trillion massive investment bill, these plans have come to the fore again in recent days, requiring funding other than debt.

Republicans but a section of Democrats estimate that the risks owed in the future are unsustainable, while the government has already spent nearly $ 6,000 billion in aid to help homes and businesses weakened by the epidemic.

Joe Biden’s government thus wants to transform a major move of the Trump era. In late 2017, Republicans passed a law reforming the tax code, which was widely criticized by the opposition as considered too favorable to multinational corporations and the rich. Janet Yellen argued that the corporation tax “Very low”: “Investment in the population, investment in infrastructure will help create good jobs in the US economy, and I think changes in the tax structure will help finance these projects.”

The Secretary of the Treasury was elected along with the Chairman of the Central Bank, Jerome Powell. This is the first time they have been heard simultaneously in their current roles. President Donald Trump has chosen Jerome Powell to replace Janet Yellen as head of the Federal Reserve (Fed). But the two officials have worked together at the central bank for many years and have a good rapport.