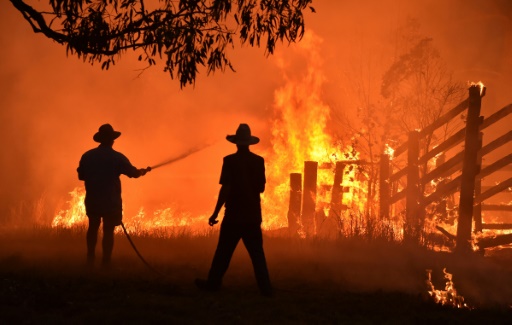 SYDNEY (AFP) – The wildfires that devastated Australia in 2019 and 2020 were “clearly” triggered by global warming, the commission of inquiry concluded Tuesday, with a fraud for those who argue that climate change has nothing to do with this disaster.

Fires are recurring every year on the vast island-continent at the end of the southern winter, and the country is currently experiencing them.

But the fire was exceptionally intense last year, lasting nine months until March.

The state of New South Wales was the hardest hit, with 11,000 fires destroying 55,000 square kilometers, more than half of Portugal.

After several months of investigations, the NSW government released a 436-page report on Tuesday that destroyed more than 2,400 homes across the state and killed 26 people.

With dozens of recommendations to protect against a similar catastrophe in the future, this investigation continues to claim that those in Australia have nothing to do with global warming.

However, he acknowledges that the exact role of global warming in the complex cocktail of fire-inducing climatic conditions cannot be determined.

While acknowledging that “global warming does not explain everything that has happened”, the authors note that the catastrophic conditions “correspond to the plans made due to global warming.”

It dismisses the claims of those who oppose any coercive action against global warming – including part of the conservative government – claiming to have been caused by fires, or those involved in the lack of maintenance of forest cover.

The investigation says only 11 fires at NSW were the cause of the fire. Most large fires are caused by lightning in remote rural areas.

A National Commission of Inquiry into the fire is also expected to present its results soon.