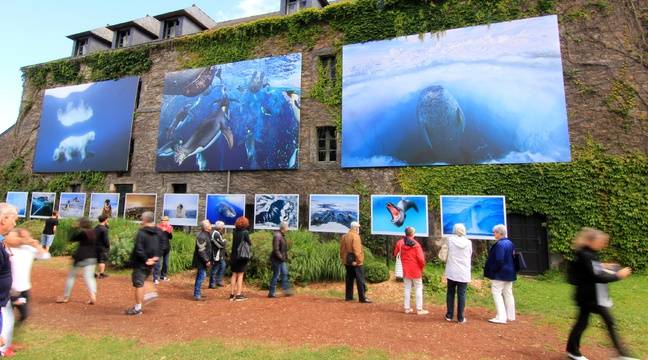 Over the years, it has become one of the most permissible summer events in Brittany. In the free and open air, the Castile Photo Festival welcomes nearly 300,000 visitors each year. After Latin America last year, he will travel to the tropics this time around, focusing on Scandinavian countries. According to Cyril Drohett, overseer of the exhibitions, the organizers want to “highlight the creative and often unrecognized power of artists” from northern Europe.

Each of these photographers has their own approach to highlighting magnification and the people who often come in at the time of borrowing. Finnish photographer Tina Itkonen inspires the threatened life of an Inuit community in Greenland, while her friend Sanna Conisto captures a stunning series of captured sketches of studios at the studio. Another approach with the Magnum Agency’s Norwegian Jonas Pentixon, on the one hand, in his home country, in the countryside of Westerlal, and on the other hand, the dramatic effects of global warming and rising waters from the plateaus of Tibet to the plains of Asia.

Festival dates are not yet known

Beyond the Scandinavian heart of this edition, several exhibitions are planned. We find the American Nick brand proposing a “far-sighted mission” on the catastrophic effects of urbanization, or the filtering of partially overhead dams, from Turkey to the swamps of the Matthias Deberton, Basra (Iraq), following the Tigris River.

The exact date for hanging the exhibitions has not yet been specified and changes in the health environment are pending. But the 2020 edition went off without much difficulty, and the festival was out.