Mars Perseverance Rover shares Thousands of pictures That’s the first Landed on the surfaceOf the Red Planet on February 18th. Last week, Rover returned some landscape photos of its position Mastcom-Z, Connected with an aerial view from orbit.

Six days after Rosa touched the surface, NASA first released a picture of the planet’s diligent location with an advanced photo taken by Hris. From the orbital view, the landing site appears to be covered in loose dark material.

“You can see two bright zones on the sides of the rover, which are clearly cleared by descent stage rockets, and the dark matter appears to have been ejected externally before and after the rover,” writes Harris scientist Shane Byrne. A blog post. Hris can see the perseverance every few days by scrolling to the side as the Martian Renaissance Orbiter ascends (eighteen degrees to this image). Perseverance measures 3 to 2.7 meters (10 feet 9 feet) and is approximately 290 kilometers (180 miles) from Harris in this picture. ”

“Thank you for searching for me, Hris. You helped me map this place long before I came here. Now we have a new perspective. There is so much to explore,” Rover wrote, sharing an account of the area’s beautiful landscape. 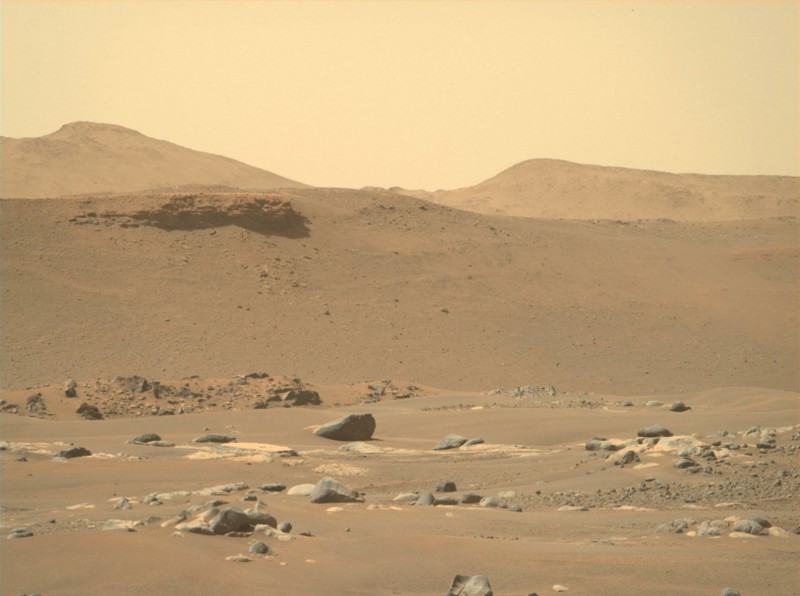 Earlier today, diligence shared another photo of the surface, which is positioned in a different direction, where several rocks point to the front, with a mountain in the background obscured by dusty fog. 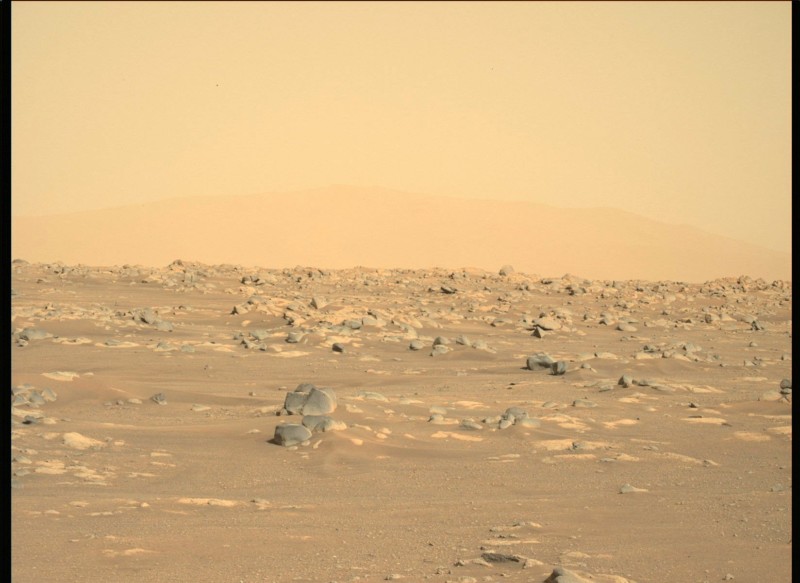 These high-resolution images were taken with Perseverance Rover’s MastCam-Z, an engineering masterpiece capable of capturing 3D images and video, as well as some impressive technology. you can Read more about Mastcam-Z here.

Diligence has spent most of its time on Mars, having so far carried out health tests on its systems in preparation for its mission.

This week I have been doing a lot of health checks and getting ready to go to work. I checked from my list several tasks including instrument tests, imaging and moving my hand. Warming up for the marathon of science. pic.twitter.com/A0aqhWVo5T

At 12:30 pm on March 5, NASA will present a live stream discussing many of the “first” things that have been persevered in its short time on Mars.

Image Credit: Not to mention, courtesy of NASA / JBL-Caltech Photography