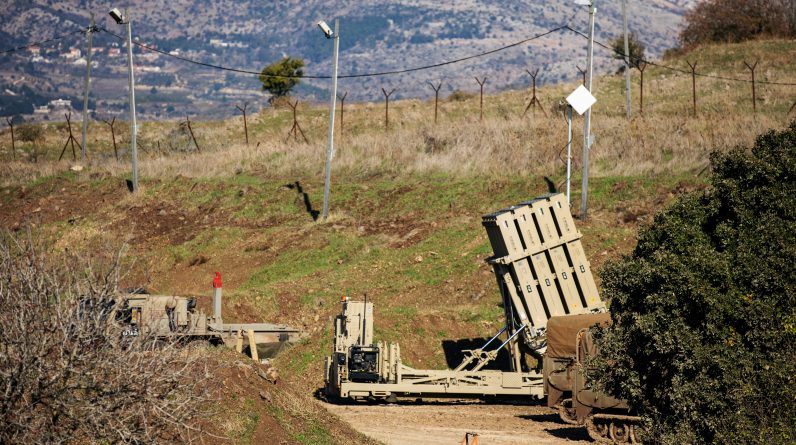 The young Israeli woman, who was arrested by Syrian regime forces, arrived in her country from Moscow following a prisoner transfer agreement between the Israeli government and Damascus, while media reports revealed further details about the woman.

Al-Hurra sources said yesterday that a plane had left Israel for Russia under the supervision of the Russian mediators and the Red Cross to pick up the girl.

Prime Minister Benjamin Netanyahu said: “An Israeli woman crossed the Syrian border a few days ago. I spoke twice with my friend Russian President Vladimir Putin. I asked for his help in getting her back, and he worked for it.”

He thanked Putin for his response to “efforts to repatriate Israeli citizens” and stressed: “Israel has always, and will always do all it can to repatriate its citizens.”

“Netanyahu thanked the President of the National Security Council, the Coordinator for Prisoners and Missing Persons, the Security Forces, Shin Pett, Mossad, the Ministry of Defense, the Ministry of Foreign Affairs and all those who contributed to this important process.”

Israel expressed its appreciation for the action taken by the Russian president, saying that in a goodwill effort, the two shepherds who entered Israel would return to Syria and reduce the social service fine imposed on Nihal al-Makt to three months. Public Apology.

Al-Maktoum, a staunch supporter of the Syrian regime, faces up to three years in prison, with six months for actual processing and one year for probation.

On the other hand, the Israeli media revealed new details about the woman, the “Israel Hayom” newspaper reported that she was 25 years old and belonged to a religious Orthodox Jewish family living in the “Greyhound” settlement in the West Bank.

In the same context, the “Times” reporter quoted sources as saying that the Israeli woman had entered Syria because of an emotional relationship she had with a Syrian youth through an Internet site.

Sources said the woman was able to reach the Syrian government of Kunitra after crossing the border from Golan Heights about two weeks ago when she was arrested by Syrian security forces.

Evidence suggests that the authenticity of the story is skeptical because the Golan Heights border between Syria and Israel is closely monitored by heat cameras, and that if some outlets are not closed they need better experience and expertise to get past them.

Some sources point out that the girl may have entered Syria through a third country, such as Jordan or Lebanon, suffering from psychological disturbances and delusions and trying to enter the Gaza Strip before playing a “mediating role” between Israel. And Hamas must reach a “peace agreement.”

The Times pointed out that the Israeli government had been aware of her citizenship for about 5 years by existing Russian forces in Syria, and that the woman was conducting extensive investigations in Syria to confirm that she was not acting in the interests of Israeli intelligence.

Thereafter, negotiations began between the regime in Damascus and Israel, with Russian mediation, to conclude an agreement to release the two sheep.