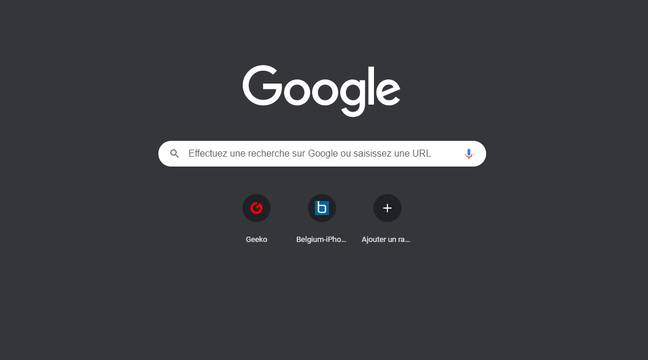 Mountain View is testing a new type of display in its search engine; Dark mode. Officially, Google is already compatible with the latter, but this does not apply everywhere. This is why when you search on the darker version of Google, the results appear on a white background. But that is about to change.

Google has confirmed to The Verge that it is in the process of testing the dark mode in its search results. Thus, when Dark Mode is enabled on the system – System Settings, Customization Options> Colors> Dark Mode – Google search results appear on a black background.

Tests of this new scenario are ongoing with many users. It is difficult for all Google users to know when it will be used. “We are always experimenting with new ways to improve our experience for our users, but we have nothing to announce at this time,” a U.S. company spokesman told The Verge.

More generally, the dark mode seems to be at the center of the concerns of many large companies. Twitter has made changes to the dark mode of its site, which has become much darker. The same observation on the Microsoft side, which reinforces Word’s Dark Mode. Changes that will attract followers of this display mode. For others, it may be (again) a testing opportunity.