In a forest locusts and grasshoppers were friendly. The two of them wandered around together .. sharing food and living comfortably. Every day they saw a woman shepherding near where they were. The locust wanted to befriend that beautiful girl.
One day the locust .. went to the woman and said the word in her mind. The woman looked at it and smiled .. ‘You are a small creature. I will be gentle. But, you are not ugly. Am I friendly with you? ‘Was mocked. With that the locust’s face became smaller. Looking at the dark locust .. ‘Friend! What happened? Said the squirrel. It tells the whole story of what happened.
‘Why should we be arrogant? Don’t be offended by that woman’s words. Am I right with you? ‘Marnadu .. A hunter loaded a bow on a grazing deer in the daily pasture. Deer does not notice it .. He does his job himself. I saw the locust hunter in the distance. Seeing the arrow pointing towards the woman .. he discovered the danger. Immediately leaned over the hunter’s face to fly over the rive. The arrow missed the target and collided with a nearby bush. With that sound the woman who was said to be alive got the run. 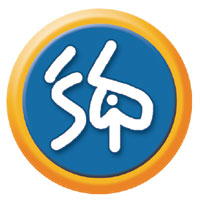 A few days later the woman saw a tiger grazing in the meadow. The tiger shouted when he saw the strong woman. Step by step to hunt it anyway .. slowly moving forward. The locust noticed it and jumped on the tiger’s face in a group with the rest of the locusts. With that the tiger howled and got angry. The woman, shocked by the scream, regained her strength and ran away without looking back.
The locust praised the grasshopper’s work in the bush. The woman stopped being scared that day. When he did not appear for two days, he said, ‘Which hunter caught the woman? Which animal ate it? ‘Said the locust and the locust.
One day the woman appeared like a squirrel and went near it. From the hunter, the locust described how he saved his life from the clutches of the tiger.
‘When you don’t appear, I’m very worried about what happened to the grasshopper. This is not to say that all of these are for your glory or expect any reward. It is unknown at this time what he will do after leaving the post. So be careful and warn the present ‘said the squirrel. The woman then realized the mistake she had made in the locust case.
‘I said a lot of words to the locust who was eager to befriend me. I was proudly teased. But, he saved my life without Awami minding. She taught me that there is no beauty beyond a good mind. ‘Immediately the locusts went with the locusts and apologized. The three have been good friends ever since.