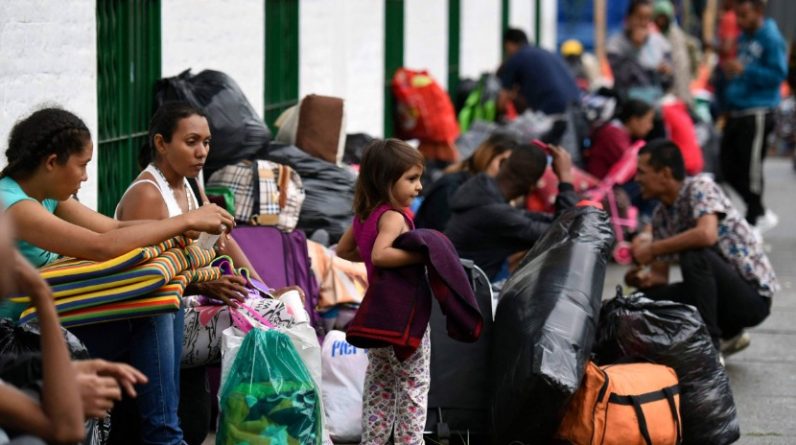 Colombian President Evan Duke announced today during his visit to the United Nations High Commissioner for Refugees (UNHCR) that Colombia will temporarily regulate the activities of nearly one million Venezuelan immigrants.

In a joint conference with UN High Commissioner for Refugees Filippo Grande, the Colombian president announced that the country would “create a temporary protection law” that would allow it to begin a process to regularize these immigrants. [provenientes da Venezuela]”.

Colombia, which currently has no diplomatic relations with Caracas, has welcomed about 1.7 million Venezuelans since 2015, fleeing the political and economic crisis facing the country.

According to the United Nations, 34% of Venezuela’s 5.4 million expatriates have sought refuge in Colombia.

Of this number, about 56%, or 950,000, are undocumented in the country, according to data provided by Colombian authorities.

The security level will last for ten years, during which time immigrants can apply for housing if they want to stay in Colombia, said Evan Duke.

The process begins with the official registration of immigrants, which includes “residence, socio-economic conditions”, as well as “biometric registration.”

In December, the president was sharply criticized for announcing that the Venezuelan population with irregular conditions in the country would be excluded from the vaccination campaign against SARS-CoV-2, which, in principle, begins in Colombia on February 20 – about 50 million people per country.

However, Duke appealed to the international community to vaccinate Venezuelan citizens.