Home World Democracy, Republican agreement to share power in the US Senate 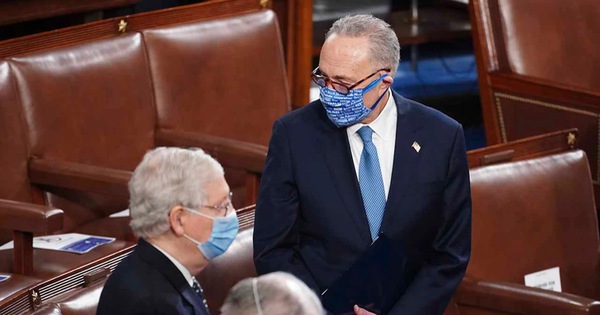 Sen. next to Republican Sen. Mitch McConnell during a joint sitting of the U.S. House of Representatives on January 6, 2021. Charles Schumer (right) stands – Photo: Abby

According to the radio FoxNewsSenate Majority Leader Chuck Schumer announced on Feb. 3 (US time) that he agreed with Senate Republican Leader Senator Mitch McConnell in the following two-week power-sharing talks.

According to an agreement reached between the two parties (which will wait for approval on February 3), Republicans will transfer the leadership of Senate committees to Democrats.

Although each party currently has 50 seats in the Senate, Democrats are in favor of the vote by US Vice President Kamala Harris.

Details of the resolution have not yet been released, but leaders of both parties have revealed that they will use the 2001 Senate devolution deal as a model.

With Democrats in control of the Senate, he said he would prioritize climate change issues over the next two years.

“Democratic senators are not going to waste any time tackling the biggest challenges facing our country and the planet,” Schumer said.