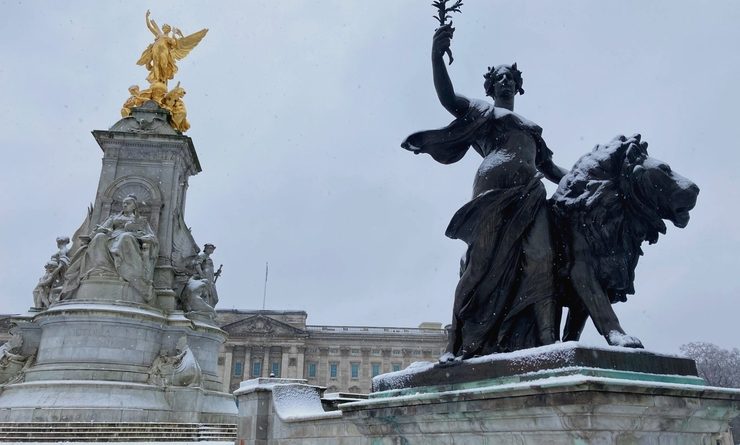 The fourth attempt would have been perfect. Weather channels have reported several times since the December snowfall in the British capital. But so far no snowflake has shown the tip of its nose. But even though we no longer believe this, Sunday, January 24th, is one of our options. London wore its white coat for the happiness of its citizens.

A few hours, because the snow does not last very long, the people of London seem to forget prison and hard times, and we will never wait for these happy moments. Truth be told, watching children snowmen and couples walk hand in hand in St. James’ Park or looking at gloves hand in hand gives a certain balm to the heart, which all of us need more than ever before.

Cameras and smartphones do not like this moment. Dog owners even ask their pets to pose for passersby. There are also masks, or less than before. The people of London are wisely profiting because they know these moments of childish innocence are becoming increasingly rare.

During a winter walk in London, hot chocolate in hand, the main monuments of the capital appear with snow. Some, like the London Eye, will disappear even in the fog. Opportunity to travel and discover new things without leaving the city or country. Although Christmas has long since passed, the festive winter atmosphere reigns supreme. Even under their mask, we see the people of London laughing more and more.

However, the ride and pleasure are short-lived. There was no time to go to the Piccadilly Circus as the scales would turn into light rain and puddles of snow on the ground. This weather episode did not last very long. The crowd of Londoners on the streets is also shrinking very fast. The people we passed, ran happily on the way out, opened their umbrellas and hurried back to the way back.

Although the size and duration of the snow was not great, the pleasure of this stroll in a white London was immense to him. Attention, 50% chance to see snowflakes on Sunday 31st January depending on the weather. See you in the British capital next weekend for the new episode of our Snowfall story!