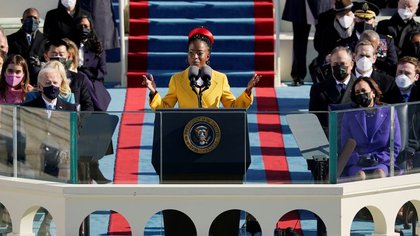 Washington, Jan. 20 (.) – U.S. Amanda Korman, the youngest poet to take part in the presidential transition in history, gave a hopeful view of a deeply divided country with her poem “The Hill”. We are climbing ”.

“Being an American is more than just a pride we get. This is the past and how we fix it,” Korman said in a short poem, highly regarded on social media.

“We will not back down. We will enter what will be crushed but the whole country. Beneficial, but bold. Cruel and free. ”

“Democracy may be temporarily delayed, but it can never be firmly defeated,” Korman said. “We’ll leave the country better than the country they left us … we’re going to turn this wounded world into a wonderful world,” Korman added.

Cheers for Gorman came from across the country, including Republican project Lincoln and Democrat politician and candidate for governor of Georgia Stacy Abrams, who said “Amanda Gorman’s message inspires us all.”