Home Top News “My mother is starting to scare me”, “My wife has become a stranger”: These families are torn by conspiracy theories 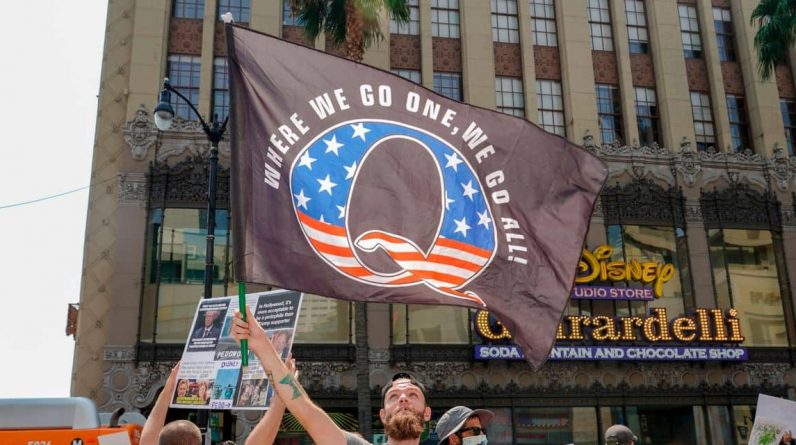 Rather than a conspiracy theory, some describe QAnon as a cult. According to proponents of this theory, President Donald Trump is waging a secret war against corrupt elites and young people. Facts that are not based on any evidence and above all fraud. Thanks to clues left in the forums by an anonymous person named “Q”, those who believe in the theory will be informed about Donald Trump’s next steps in this “battle”. The movement, which is especially popular among Donald Trump supporters, was born in 2017 in the United States. But this phenomenon was not isolated: in September, the movement seemed to gradually spread throughout Europe.

“My mom has been digging deep into QAnon conspiracy theories since 2017, but she didn’t talk much about it at first. I think, like many others, his interest and involvement began to intensify near the onset of the epidemic. We have come to a point where we have decided not to talk about this to protect our relationship, but he is starting to convince other members of my family that these conspiracies are true. “, Writes a surfer.

Surely This is the place for discussion , The testimonies follow each other and they are identical. The description sets the tone: ” QAnon Do you have a loved one caught up in the conspiracy fantasy? Here you will find emotional support and a place to let go of steam. This forum was created in July 2019. As of June 2020, less than 3,500 members have joined the forum. At the time of writing this article, in January 2021 it now unites more than 70,000 people. This forum brings together testimonials from users from Canada, the UK and the Netherlands.

Users define themselves as co-victims of QAnon theories. This forum allows them to talk about their loved ones and find emotional support. Using the anonymity provided by the internet, some people open up and share very personal things. “My husband refuses to believe that Trump lost the election “, Read in a publication?” I have lost all hope and we are in the process of getting a divorce. It’s like you’re dealing with a slave; Sometimes you just have to walk away “, Continues the user.

In response to the post, support messages are accumulating. Some even offer advice based on their own experience.

The glow of hope

Fortunately, not all witnesses are calls for help. Among them, some seek to restore hope.

“One thing I have seen over and over again here is that instead of trying to chat with them, listen to them and ask them why they believe what they say. So I tried this yesterday when I was seeing a friend “Says a forum user.” I followed this advice. It seemed to work and make him think “, He continues.” I feel like I have progressed. The general tone of the conversation is not as aggressive as some of our arguments in the past. “.