Home Top News Jack Angeli, the man wearing the horned hat during the attack on the Capitol, refuses to eat in prison: “He only eats organic!” 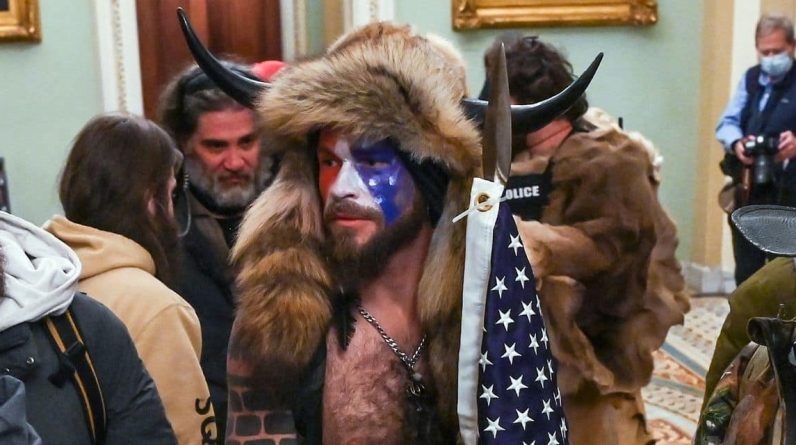 As part of last Wednesday’s pro-Trump attack on the Capitol in Washington, D.C., the Shirtless man wearing the horned hat did not fail to provoke strong reactions to his appearance.

Jake Angeli, whose real name is Jacob Anthony Chansley, continues to stand even behind bars. According to the ABC, the protester refused to eat in the cell. According to his mother, he will not feed because he only eats organic food.

Trump supporter in detention ” Refuses to eat for religious or health reasons “, His lawyer Gerald Williams confirmed. Later, the prisoner’s mother told the media that he was her son.” He will get very sick if he does not eat organic food “. He instructed the lawyer to resolve the issue of feeding his son in the Ministry of Justice.

The mother said her son’s behavior was courageous, and added: ” He is one of the sweetest people I know “.

Before his arrest, Jacob Chansley explained that he felt he had done nothing wrong: ” I went through an open door, man He said, however, that entering a building like the Capitol illegally is a serious crime in the United States.