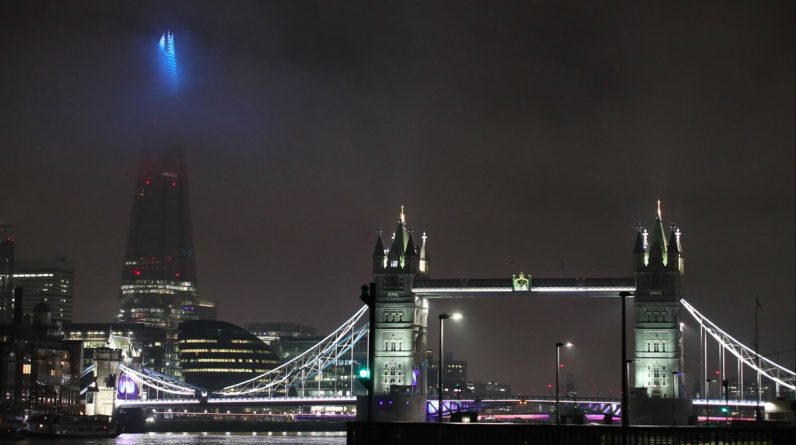 The cone signs in London glowed blue in an updated gesture to thank the NHS and leading workers.

Many of the landmarks associated with the #LightIt Blue campaign that began last year include Trafalgar Square, Wembley Arch and the London Eye on the South Shore.

Celebrating hundreds of workers risking their lives during epidemics to help others is a symbolic gesture.

London Mayor Sadiq Khan said: “This is a very difficult time for our city and our nation, and we owe it to our NHS and the key workers who work so hard to serve our city.

“By lighting their esteemed buildings in blue, our capital stands again to thank them for their substantial efforts.

“These workers deserve our appreciation and gratitude, and I urge Londoners to continue to follow the locking rules so that they can do their part to support the NHS and save lives.”

London firefighters on Twitter paid tribute to their support for “everyone who worked incredibly hard in the nationwide effort against #Covid19”.

It coincided with the relaunch of Club for Carers as Thursday night’s Club for Heroes, which “encouraged people to re-energize every hero who played their part during the epidemic outside their homes.”