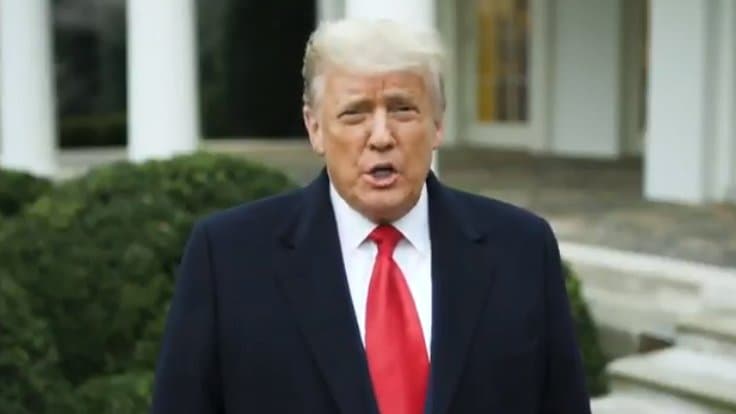 In a video message released via his Twitter account, Donald Trump called on his supporters to return to the country, while reassuring them that they understand their motives.

“Go home”. Hours after pro-Trump protesters erupted in Capitol Hill, the presidential election results led Congress to suspend the session, with the outgoing president sending a message via his Twitter account to his supporters.

“I know you are suffering, I know you are hurt, the election has been stolen from us, we have won by a big margin, everyone knows, especially our enemies. But you have to go home now, we need peace (…), we do not want anyone to get hurt. Said Donald Trump.

Earlier in the evening, President-elect Joe Biden called on his opponent to “speak on television” quietly and “put an end to the siege” while protesters occupied the Capitol.

But instead of reassuring news, Donald Trump made some vague remarks to say the least, urging protesters to return home, but retaining the election as “fraud”.

“This election is fraud. But we can not play this people’s game. We need peace. So come home. We love you, you are nobody, you saw what was going on, you saw what others were doing, I know how you feel. But go home quietly.” Go on, ”the incumbent president said until the end of his term next January 20.