Home Top News New twist in the US election? Many Republican senators are announcing their refusal to certify Biden’s victory 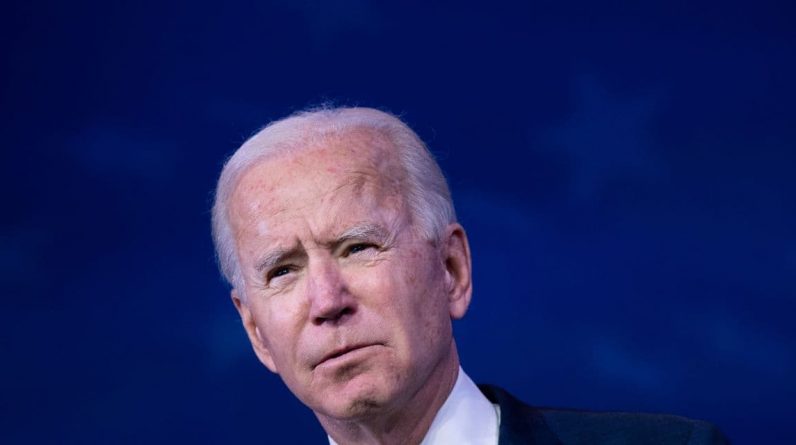 So far, only one senator, Josh Hawley, has expressed a desire to run in Wednesday’s Democratic election at a certification ceremony scheduled for Jan. 6. This is the last attempt by Donald Trump’s supporters to repeatedly defeat in court the invalidation of election results in several key states won by Joe Biden.

“Allegations of fraud and irregularities in the 2020 election are greater than we know in our lives,” said eleven senators.

The commission they want to create asked these elected officials, led by influential Texas Senator Ted Cruz, to “conduct a ten-day emergency audit of the results in the states where both candidates were by the neck and neck.” “They announced.

According to the senators’ press release, the states concerned may then convene extraordinary legislative sessions and change their election results.

In the United States, the president is elected by indirect universal suffrage. The Electoral College announced Joe Biden’s victory on December 14 with 306 voters against 232 against Donald Trump, taking 270 votes to the presidency.

Mitch McConnell, the leader of the Republican majority in the Senate, later acknowledged Joe Biden’s victory and called on Republicans to certify the decision.

The House and Senate are due to meet on Wednesday to certify these results, which is usually just formal.

But the outgoing president claims to have won the November 3 election by a big margin, inviting his supporters to march in Washington on Wednesday.

On Saturday, Donald Trump released a list of eleven senators affiliated with Missouri Senator Josh Howley on Twitter, praising their initiative and reiterating that he had fallen victim to Democratic fraud during the presidential election. “Attempt to steal a massive victory. We can’t allow this!” He wrote.

Mr. Trump is counting on the debate in Congress to bring to the people the things he believes are the basis of his fraud allegations. “After people see the facts, there is still a lot to come …” he tweeted.

CNN reports that more than a hundred elected Republicans, with a democratic majority in the House of Representatives, plan to vote against the certificate.

But in the House, as in the Senate, there will not be enough votes to win the process.

Eleven senators agreed in their statement that “we are not naive, and we expect a majority of all Democrats, if not a few Republicans, to vote otherwise.”

Among those who reject the Republican initiative is Pennsylvania Senator Pat Doomie, one of the states to challenge its effects in Congress.

“The fundamental and essential attribute of a democratic republic is the right of citizens to choose their leaders,” Tommy said on Twitter.

“Attempts by senators Howley, Cruz and other senators to reverse the outcome of the 2020 presidential election in key states such as Pennsylvania directly undermine this right,” he said.

The Republican senator from Utah Mid-Romney called the attitude of his colleagues “absurd” in his contemptuous hostility to Donald Trump.

Donald Trump has repeatedly urged elected Republican officials to support him in his crusade to challenge the outcome of the presidential election.

The campaign failed miserably in the courts, with Republicans refusing to examine the evidence they had.

A new lawsuit led by Louis Comet, a Republican representing Texas, was dismissed Friday by a federal judge in the state, and the decision was upheld by an appeals court on Saturday.

Louis Kohmert’s complaint was aimed at showing that Vice President Mike Pence, who is presiding over the January 6 congressional meeting, could declare the results invalid in some controversial states.