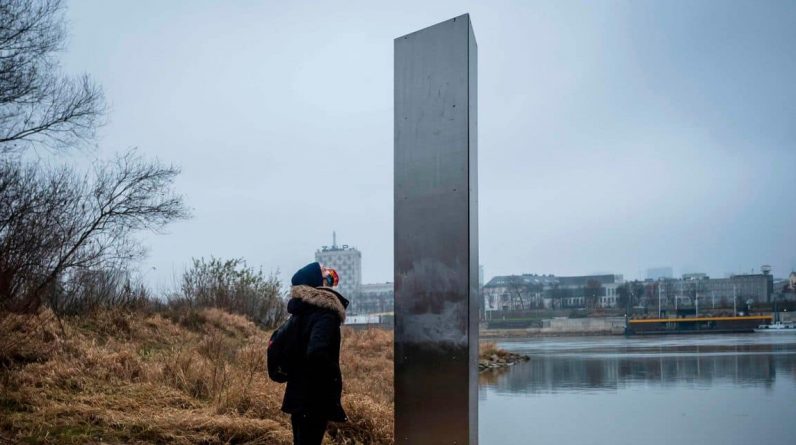 Rectangular in shape, measuring almost four meters in height, the eccentric structure has already risen and then disappeared elsewhere in Canada, especially in the cities of Vancouver (west) and Winnipeg (south) in early December.

In Toronto, a few people rushed to take a photo with an unusual object and share it on social networks.

In a picture posted on Instagram on Friday morning, the object appears to have been destroyed with graffiti painted in red paint.

The first such building was discovered in mid-November in the red soil of the Utah desert.

These appearances followed each other around the world, on a mountain in Romania, on the shores of the Isle of Wight, in the south of England or on a beach in Poland, which sparked interest and curiosity on the Internet.

Some have found similarities with alien monologues in Stanley Kubrick’s science fiction film “2001: A Space Odyssey”.

A consortium called The Most Famous Artist, based in New Mexico, claimed the creativity of the Utah structure, but not of objects found in Romania, the United Kingdom and the Netherlands.