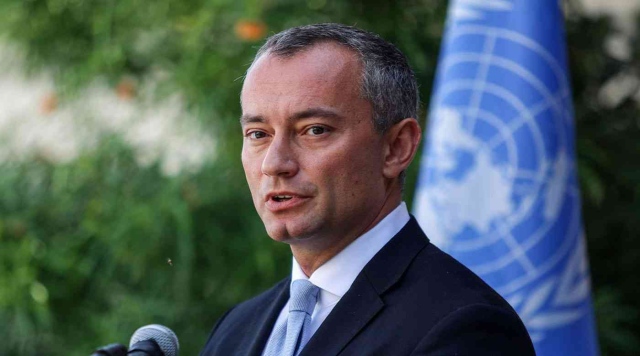 Bulgarian diplomat Nikolai Miladenov informed UN Secretary-General Antonio Guterres that he could not accept the post of UN ambassador to Libya next year, an international spokesman said on Tuesday.
Miladenov, 48, has been the United Nations ambassador to the Middle East since 2015.

But Maldenov told Guterres he would leave the United Nations when his current job ends on December 31, according to the organization’s spokesman Stephen Dujarric.

“Miladenov informed the Secretary-General in a letter that he had made this decision for personal and family reasons,” Dujarric explained, adding that the United Nations was looking for potential candidates, but acting ambassador Stephanie Williams would remain in that position for the time being.


Follow world news from the report via Google News