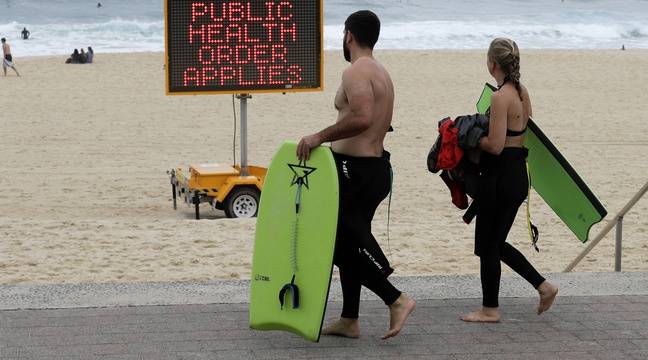 Australia Introduced new restrictions this Sunday
Sydney In an effort to prevent the recent emergence of new events
Corona virus In the largest city in the country. Since the outbreak of a new epidemic on Thursday, 68 new contaminants have been recorded, including 30 this Sunday, which has caused concern to health officials.

On Saturday, residents in several neighborhoods along the city’s north coast were ordered to stay at home, only to go out if necessary until midnight on Wednesday. Beaches, bars and hotels in the area have been closed as an estimated 5 million Sydney residents have been urged to stay home as long as possible in the coming days.

The state of New South Wales, where Sydney is located, on Sunday ordered a ban on singing and dancing in closed spaces except during small weddings and religious services. Restaurants, bars and cafes in the rest of Sydney cannot accommodate more than 300 customers, while the number of people who can go to third-party homes is low. Wearing a non-mandatory mask is strongly recommended.

Officials are set to review the measures Wednesday in the hope that some could be raised before Christmas Day. The rise in the number of cases is disrupting the plans of many who believed they should celebrate Christmas with their families several months later. Many residents were forced to cancel their trips after news broke that some internal borders had been closed.

The states of Victoria and South Australia have finally ordered that Sydney residents be subjected to fourteen days of compulsory isolation in a hotel. Australia as a whole has been very successful in controlling the epidemic, imposing the most drastic and far-reaching control measures once the epidemic has erupted. Since the virus began to appear in its region, it has recorded more than 90,88 deaths of more than 28,100 people in a population of 25 million.