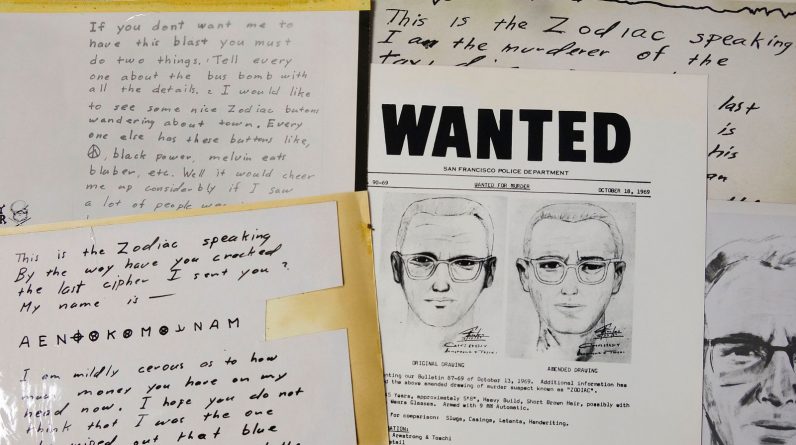 Amateur detectives seem to have broken one of the worst zodiac killer coded messages – more than 50 years after it was sent.

The killer was confirmed to have killed or shot five people in Northern California in the 1960s, although he is believed to have committed more murders.

He was called the Zodiac Killer after sending disgusting letters and mysterious passwords to police and local newspapers.

Until now, one of the cybers – sent to The San Francisco Chronicle in November 1969 – has never cracked.

According to the amateur team, the 340-character cryptocurrency reads: “I believe I’d have a lot of fun trying to get hold of myself.

It continues: “Because I have enough slaves to work with now, everyone is doing nothing wherever they are, so they are afraid of death, I will not be afraid because I will be in my new life. In death in paradise.”

Investigators believed it would reveal the name of the cyber killer, but it was not mentioned in the news.

The FBI’s San Francisco Guy said in a statement that its own cryptanalysis and rocketing records unit (CRRU) had acknowledged and confirmed the work.

“Over the past 51 years, the CRRU has reviewed a number of proposed solutions from the public – none of which are qualified,” it said.

“The cipher was recently settled by a group of three private citizens.”

Mr Orangek, who lives in Virginia, told The Chronicle that the discovery was “exciting.”

“We have been sitting in the settlement since last Saturday,” he said. “Those years ago when I first started looking at zodiac cryptocurrencies, I thought, ‘Oh, I could write a computer program and solve it,’ but it’s been kicking my ass. Until now.”

This is the second time a cipher has been detonated from a zodiac killer.

The first, sent to The Chronicle, was settled by a schoolteacher and his wife – but nothing else was said: “I want to kill because it’s so much fun.”

Despite the fame, the killer has never been caught and the case is still serious.