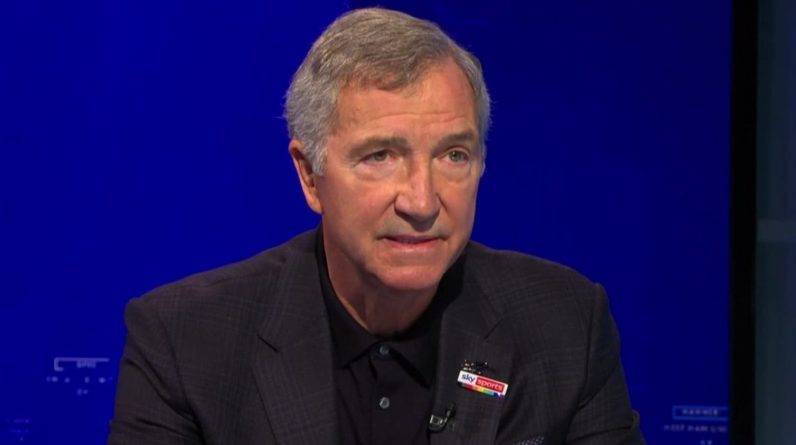 Graeme Sensens says men’s football still needs to continue to work on creating an all-encompassing culture so that homosexuals or both players will be supported if they want to come out.

Atma, speaking a Super Sunday Discussion with fellow studio guest Alex Scott to mark the annual run of the Rainbow Lace campaign, believes that many of the issues in the game over LGBT + additions still persist, such as homosexual language and behavior in the dressing rooms, or the fear that they or their clubs may sponsor lucrative sponsorships.

A year ago, the former Liverpool and Scotland star spoke Super Sunday As part of the festivities, he describes his experience of attending the annual Brighton Pride Parade in August 2019 as “changing my approach” to events like this one hosted by the LGBT + community.

Responding to a picture of Hector Beller showing up in a video call with two fans of Arsenal’s LGBT + and teammates Kay Kooners, Sonus described the challenges they faced with rivals: “You’re really interested in something that would be sad, but you go for it. Can’t because you are afraid of abuse and you will not be accepted?

“I went to Brighton and it was fascinating. I feel rich for the intersection of the people there, the atmosphere … the experience.

“That brave person will be so hard to come out of one day.”

Scott, who has won 140 England caps, has spent most of his career at Arsenal, claiming he has always invented the women’s game to welcome LGBT + people.

In his conversation with members of Gay Cooners, Scott mentions Beller’s high level of research under Premier League footballers and the attention they receive on social media, and the difference between men’s and women’s sports is remarkable and unique.

“The amount of abuse the players have already done – to add to it (coming out), this is another layer,” Scott said.

“In women’s football, the fan base is different. The fans who show up there don’t have to judge, but love the game as a scene.

“It clears the players, they feel they are in a safe environment, and they can be open about who they are and their sex.”

Recognizing the impact of Rainbow laces And the campaign-generating dialogue, Scott encourages growing awareness of the inclusion of LGBT + for the benefit of everyone involved in the game.

“People should not go to a football match, they should not think they are in an unsafe place or they should argue with people because of who they are and be their true self,” he added.

“People talk openly about it and everyone is supportive – these conversations should be.”

As for the possibility of a homosexual or bisexual being exposed in public, Scott says the far-reaching effect of such a decision will ultimately outweigh any concern about the negativity for that person.

“It takes a brave person – yes, they will bear its burdens, but they will open the door for others.”

A member of Sky Sports Team Bright It supports Stonewall’s Rainbow Lace Campaign. If you would like to help inspire others in the game by sharing your own story of being an LGBT + or partner, please contact us here.