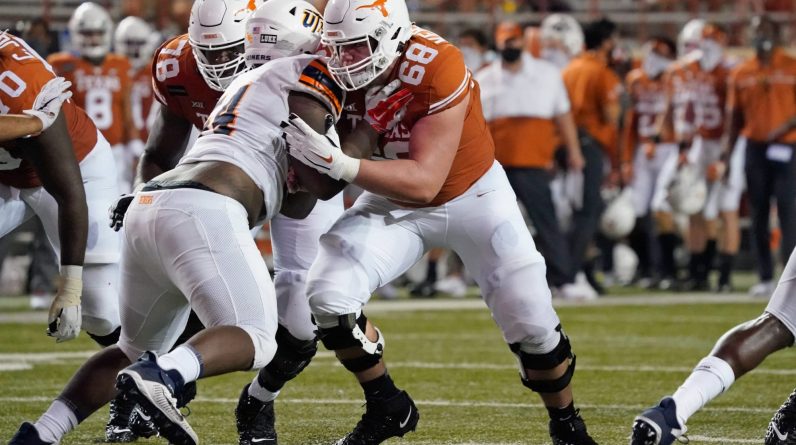 Injuries are the worst thing that can happen at any time in any football game. Unfortunately, lineman Derek Kerstetter, who attacked in the first half of the game between Texas and Kansas State, suffered a lower-leg injury.

Kerstetter bent backwards in a sack in the second quarter, after which he was ejected from the field and taken to hospital.

You can see the drama of the injury Here.

Texas Lineman Derek Kerstetter was hospitalized with a leg injury

Fox broadcaster Joel Claude was on the call for the game, saying that after such an injury, the outcome of the game would take a backseat to the injured player’s health and well-being.

“It makes the game secondary when something like this happens,” Claude said. “Pray for Kerstetter and his team that they move forward and play.”

Soldiers on the Texas side descended on the field before taking Kerstetter off the field.

When he was ejected from the field, Kerstetter signaled to the fans the sign “Horns Up” in an emotional gesture, even when he was in pain, there would be a long way to go before him to recover.

All the way to Kerstetter to get back to the game he wants.

Bookmark the page for more NCAA football news, analysis, feedback and unique coverage on FanSite, including the Highsman Trophy and the College Football Playoff Rankings.