Home Science As Greenland melts, we underestimate its impact on a new model 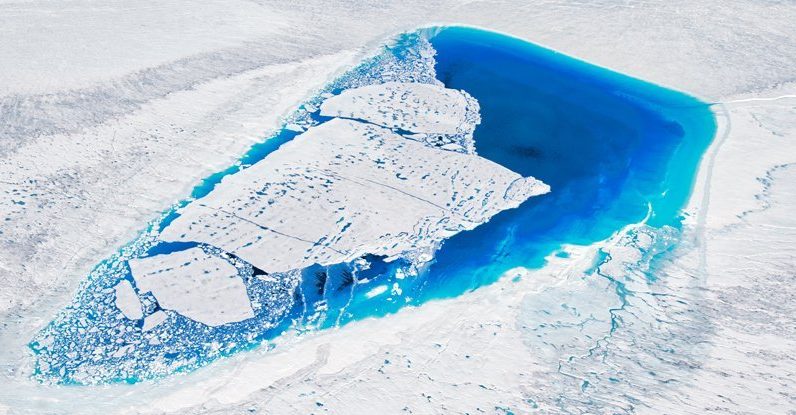 Greenland is the largest island in the world and has the largest ice mass in the Northern Hemisphere. When all that ice has melted, the sea will rise Over 7 meters.

But that’s not going to happen, is it? Well, not any time soon, but understanding how much ice will melt in the coming century is an important and urgent question, how are scientists trying to tackle ice using sophisticated numerical models? Interacts with the rest of the climate system.

The problem is that the specimens are not very good at reproducing recent observations, and they are limited by our poor knowledge of the snowy terrain and the extensive terrain of the Fjords, which flow over the ice and into it.

One way around this problem is to look at how ice has responded to climate change in the past and compare it with future model models for similar changes in temperature. That’s exactly what my colleagues and I did in a new study published in the journal Now Nature Communications.

To reconstruct how the size of these glaciers changed between 1880 and 2012, we looked at three large glaciers in Greenland and used historical aerial photographs along with measurements taken directly by scientists over the years.

The approach is established not only in science but also in all aspects of life based on the idea that it can help predict the future.

But like other “classes” of history, the climate and earth system in the future will not be a carbon copy of the past. Nevertheless, if we find how sensitive ice is to temperature changes in the last century, it will provide a useful guide on how it will respond in the next century.

We found that three large glaciers caused 8.1 mm of sea level rise, which is about 15 percent of the total glacier contribution.

At the time of our study, the sea level had risen by about 20 cm worldwide, about the height of the A5 manual, about the width of a finger, thanks in full to the melting of ice from those three Greenland glaciers.

So what does it tell us about the future behavior of ice? In 2013, a Modeling study Foge Nick and colleagues saw the same “big three” glaciers (Jakobshawn Ispray in the west of the island and Hellheim and Kangarluzwak in the east) and predicted how they would respond to future weather conditions.

These scenes are called the most intense RCP8.5 Assumes that economic growth will continue unabated in the 21st century, resulting in warmer temperatures of about 3.7 degrees Celsius (pre-industrial or 1850 to 4.8 degrees Celsius).

This scenario is sometimes referred to as Business as Usual (PAU), and there is one Active discussion How reliable is RCP8.5 among climate researchers. However, according to a recent study by a group of American scientists, it is worth noting that this may be the most favorable situation. At least until 2050.

Because something is called Polar multiplication, Arctic warming twice as much as the global average, Climate models indicate a warming of about 8.3˚C in Greenland, in the most extreme conditions, RCP8.5.

Despite this dramatic and terrifying rise in temperature, the “Big Three” predicts 9 to 15 mm of sea level rise by 2100, slightly higher than what we have received from the 1.5˚C warming of the 20th century. How can that be?

Our conclusion is that even the models are wrong Available latest and sophisticated They are used to estimate how the entire iceberg will respond over the next decade Climate change.

These models appear to have a relatively weak correlation between climate change and ice melting Our results Suggest that it is very strong.

Predictions based on these models are therefore likely to predict how much the ice will be affected. Other sources Support This Conclusion.

What does all that mean? If we continue on the dreaded RCP8.5 path of increasing greenhouse gas emissions, the Greenland ice sheet will begin to melt at a rate we have not seen in at least 130,000 years, with sea levels and adverse effects Millions of people Inhabitants of the lower coastal zones.

Jonathan Bomber, Professor of Physics and Geography, University of Bristol.