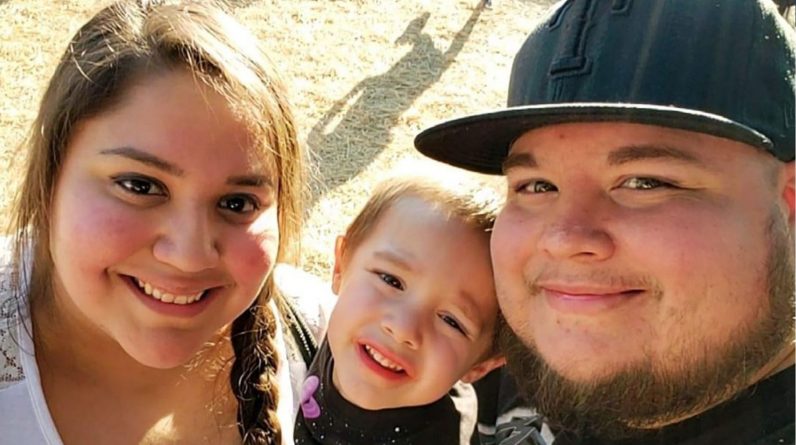 The four-year-old boy lost both of his parents to COVID-19 within months.

Rayton Gonzalez, of San Antonio, Texas, told his grandmother, his mother and father, “Now the angels are taking care of us and protecting us.”

His mother, Maria, a teacher, died last month, while his father, Adan, died that summer.

Mr Gonzalez, a truck driver, was treated at the hospital after a positive test Corona virus On June 3rd.

“He went through the ambulance at nine o’clock on Monday evening and he left at 8.15am on Tuesday,” Rayden’s great aunt Margie Bryant said.

A few days later, Ms. Salinas received a call from the hospital saying that her daughter had tested positive COVID-19.

Ms. Gonzalez wanted to make a monument to her husband, “but it never came to pass”.

Ms. Salinas said she plans to arrange a memorial for both her daughter and son-in-law.

“He told me this morning that he wanted to get her back.”

Rayton goes to a kindergarten where his mother worked.

“I put him in the same preschool,” his grandmother said. “They take good care of him and they know what his condition is.”

There will be a dinosaur theme for Rayton’s fifth birthday later this month.

Ms. Salinas and her sister have organized a driving party that includes “many truck clubs, bikers, Mustang clubs, classic cars, jeep clubs and the fire department.”

He said it would be a “huge turnout”.

Raydon is just “following me”, Ms. Salinas said, “telling me how much he loves me with his friendship and constant reminders.”

He added: “He always thanks me for taking care of him, but I have to think about him.

“It’s a difficult situation to process.”