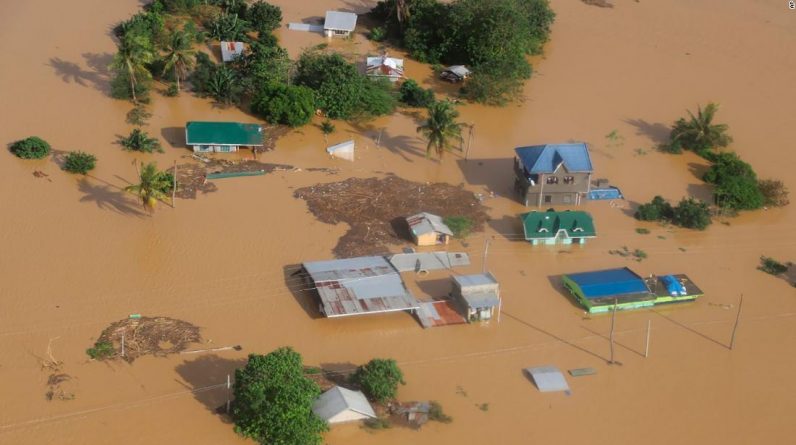 Wamko, with winds of 165 km / h (103 mph), is forecast to hit the central coast of Vietnam from Ha Dinh Hill to Guangxi Province, the government’s meteorological agency said Saturday.

“This is a very strong hurricane,” said Prime Minister Nguyen Juan Phuoc, warning of the provinces on the verge of preparing for Wamco’s impact.

State media quoted the government’s disaster management authority as saying that the provinces planned to evacuate 468,000 people by the end of Saturday.

Vietnam is prone to devastating storms and floods due to its long coastline. Wamko will be the 13th storm to hit Southeast Asia this year, killing more than 160 people in natural disasters triggered by a series of storms since early October.

“More than eight million people living in central Vietnam do not have access to rest,” said Nguyen The Juan, president of the Vietnam Red Cross. “Every time they start rebuilding their lives and livelihoods, they are suffocated by another storm.”

In the Philippines, after the 21st hurricane to hit the Philippines this year, the Coast Guard and disaster agencies jumped in on Saturday to rescue thousands in the Northern Province.

The Philippine police and military say more than 52 people have been injured and 22 are missing, in addition to the known casualties from the storm.

See also  Second wave of corona virus crashes in Europe. What do their locks achieve?