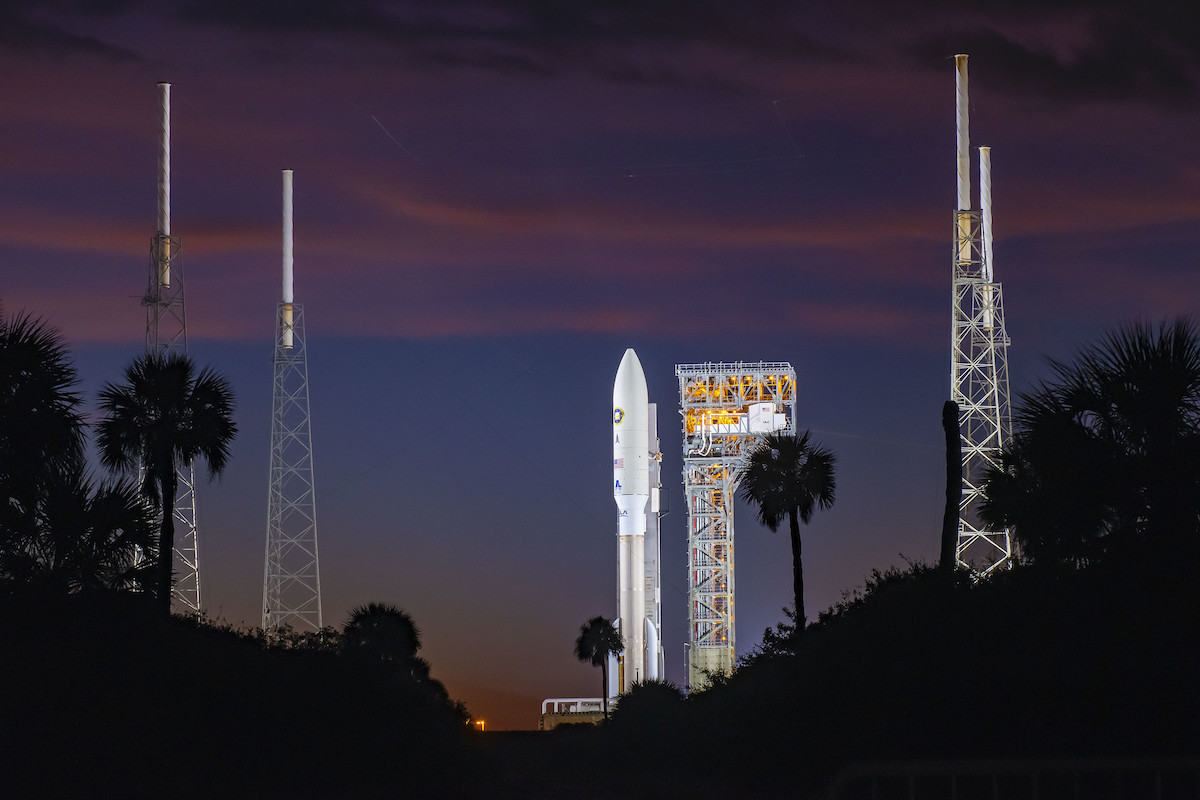 The United Launch Alliance Atlas 5 rocket made its third voyage to the Cape Canaveral launch site on Thursday, lifting the liftoff with a classified load to the U.S. government’s spy satellite agency on Friday afternoon.

Once on the rocket pad 41, automatic connectors connected the Atlas 5 to ground systems. The ULA team is scheduled to complete inspections, updates and other activities before Countdown begins Friday.

Estimates predict northeast surface winds of about 10 to 15 knots at the time of launch, with some clouds at 3,000 feet. The temperature at the time of release should be 76 degrees Fahrenheit.

The task of the Atlas 5 – known as NROL-101 – is to introduce a classified load for the National Reassessment Office, which owns the surveillance satellites that collect intelligence from the U.S. government. Friday’s launch marks the 86th flight of the Atlas 5 rocket since 2002 and the fifth Atlas 5 flight this year. This is the 30th mission of the ULA to the NRO.

The NRO has not released information on the flight of the pilot in NROL-101 mission, but warning notices issued to pilots and sailors suggest that the Atlas 5 rocket will travel in a northeasterly direction from Cape Canaveral, previously following a route parallel to the U.S. East Coast flying near Canadian waters.

This path indicates that the Atlas 5 will release the NRO payload into high-slope orbit.

The NRO owns a number of spacecraft designed to intercept communication signals in data relay satellites and elliptical Molniya orbits, at altitudes of about 25,000 miles (40,000 km) above Earth. The orbits will tilt 63 degrees to the equator, giving the satellites regular views of Russia and other parts of the Northern Hemisphere.

The Atlas 5, launched on Friday, could target a similar Molniya-type orbit, according to several independent experts monitoring the operation of the spy satellite.

The launch vehicle for the NROL-101 mission will fly on Atlas 5’s “531” configuration with three solid rocket boosters and a 5.4 meter diameter (17.7-foot) payload fairing.

The payload fairing for the NROL-101 mission will fly in its medium-length variant, which delivers more size to the assorted spacecraft on board than the standard short-length 5.4-meter-diameter shield. The medium length 5.4 meter exhibition has flown in seven previous Atlas 5 passengers.

This is the fourth time the Atlas 5 rocket has flown in the 531 variant, but it’s the debut with the new GEM63 strap-on boosters produced by Northrobe Kroman. The same shape, fit and functionality of the AJ-60A solid rocket boosters produced by Aerojet Rocketine flew on all previous Atlas 5 passengers requiring strap-on motors.

The URA originally transferred the Atlas 5 rocket to Bat 41 for NROL-101 mission on November 2, but the teams returned the rocket to VIP the same day. Vehicle.

Atlas 5 returned to the launch site on November 3, which was cleared of problems with valves in the liquid oxygen ground system at ULA pad 41.

The ULA moved the Atlas 5 back to VIF on Thursday to shelter from tropical storm Etta, which moved off the northeast Florida coast and into the Atlantic Ocean, clearing the way for the rocket to return to pad 41 for production on Friday. Release opportunity.