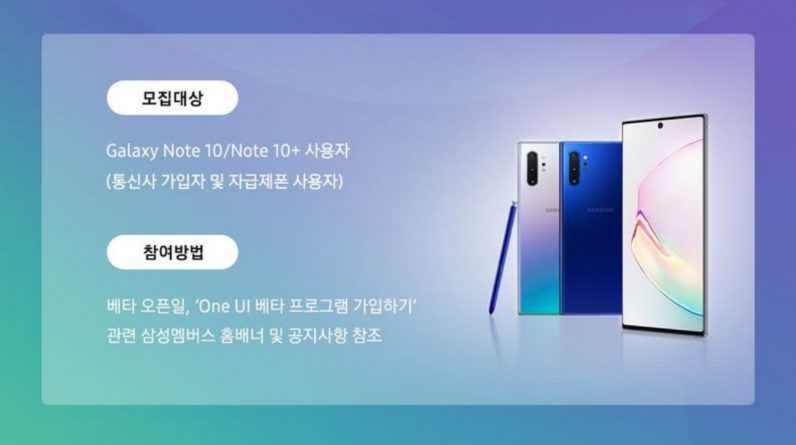 Samsung has received a bad rap for being slow on Android updates, even if it’s important or monthly security fixes. However, this may be a thing of the past, and it has become a new leaf, going as far as being able to do three-year updates starting at this year’s flagships. Following that new tradition, Samsung took the range of its One UI 3.0 beta with Android 11 to many phones, including the Galaxy Note 10 last year.

Samsung launched its OneUI 3.0 beta program with flagships this year, starting with the Galaxy S20 and then adding the Galaxy Note 20 series as expected. In the past, it was just a few months before Samsung launched its beta program and Google released the new Android version, usually in December and January. The initial launch is already a warm-up behavior change, but Samsung offers many more.

Samsung South Korea Has announced The Android 11 update is coming soon to its 2020 foldable phones Galaxy Z Flip 5G and Galaxy Z Fold 2 5G as well as the Galaxy S10 and Galaxy Note 10 series. It didn’t really take long for Samsung to start rolling out the beta for the Galaxy Note 10 pair. To be clear, this only includes Korean models and the beta program for these phones has not yet been launched in the United States.

Compared to a UI 2.0, this upcoming iteration is more than revolutionary. Most changes focus on polishing the UI, however it does include some new features such as double-tapping to sleep on the screen. The complete list of phones that will be supported by One UI 3.0 is not yet final, but it will cover a wide range of Galaxy S, Galaxy A and some Galaxy M devices from 2019 to the present.

See also  Logitech G502X: The replacement for the legendary G502 mouse is here!

Samsung is expanding its OneI UI 3.0 beta program, with OnePlus taking a break on its own update strategy for the new Nord series mid-range phones. Going to the opposite extreme, OnePlus has decided to update those phones only once when it comes to major Android updates, and they will feel like cheap, throwaway phones.