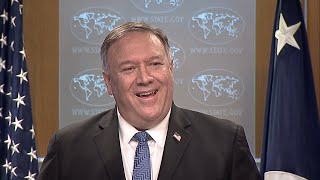 A Japan’s prime economic adviser has called on Tokyo to prepare for a “leaderless era” as US global leadership gradually wears off and to expand other strategic ties with Washington as it improves its security alliance.

Despite Donald Trump’s refusal to acknowledge, Prime Minister Yoshihide Suka wasted no time in congratulating President-elect Joe Biden on his election victory last week, saying he wanted to strengthen the alliance and ensure peace and prosperity in the Indo-Pacific region.

But concerns about the US internal turnaround have been waning in Japan over the years, intensifying in the face of China’s growing military and economic stability, and have persisted under the Trump presidency.

But Mr Ninami expects US influence to continue to wane compared to China, with Mr Biden facing deeper internal divisions in the United States since the election, so Japan should expand its drive for multiple alliances.

“We need to make a mark on ASEAN (Association of Southeast Asian Nations) countries and India, while at the same time” exploring further ties with the United States with the Security Council, “he said.

In a separate statement issued shortly after Mr Biden’s election victory, Ninami said, “I believe the US global leadership will inevitably fade in the long run.

“Japan must continue to deepen the US-Japan alliance, but at the same time maintain its relationship with the world in order to prepare itself for a leaderless era.”