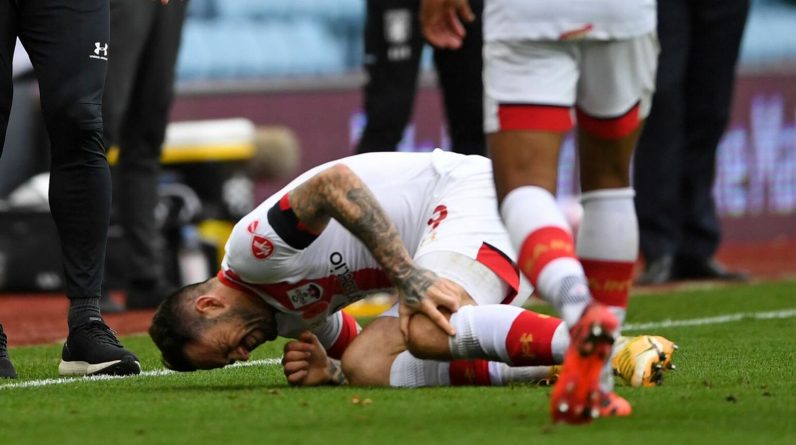 A scan reveals that Southampton striker Danny Ings suffered no knee damage in the 4-3 win over Aston Villa.

The 28-year-old said he got down on his knees following a confrontation with Trezeguet and was forced to play for five minutes.

He had a scan over the weekend, amid fears he might encounter a long misspelling.

Ings will be evaluated by Southampton’s medical team when he arrives at the training ground on Monday, and early signs suggest he will return sooner than initially thought.

Before retaining the injury, Ings scored his fifth goal at Southampton 4-0 at Wills Park.

“Danny (Inks) injured his knee, but we hope it’s not so bad, it’s not good at the time,” Southampton boss Ralph Hassan Huddle said after the game.

“He stretched his knee, which was always dangerous. He immediately shouted ‘My knee, my knee’.”

How the Saints maintained the latest pace

Dean Smith’s side may have started the day boasting of the best defensive record on the first flight, allowing just five goals, but you never know when their slipshot in the Midlands will settle from the first half scene.

Villa had already been given a warning three minutes after a left-wing corner had been blown up in a nearby post, with Gonza getting into a mess and passing his own goalkeeper.

Fortunately, for the guests, the eagle-eyed V.A. Free-kick calls from near the flag in the right corner.

The Saints captain quickly took control of the match, finding the back of the net twice with a fancy free-kick from the edge of the box that left Emiliano Martinez helpless in the Villa goal.

When Guys Walker-Peters, Ward-Bruce and Stuart Armstrong entered the top right corner of the net with an amazing 25-yard curler, Ings – then came out with another knee injury. The match ended in a match.

However, as the first Mings headed for the Grealish cross in the final quarter, it was just before the stop-time strikes from Watkins – via the penalty spot – and the Villa captain had a late glow to a point.