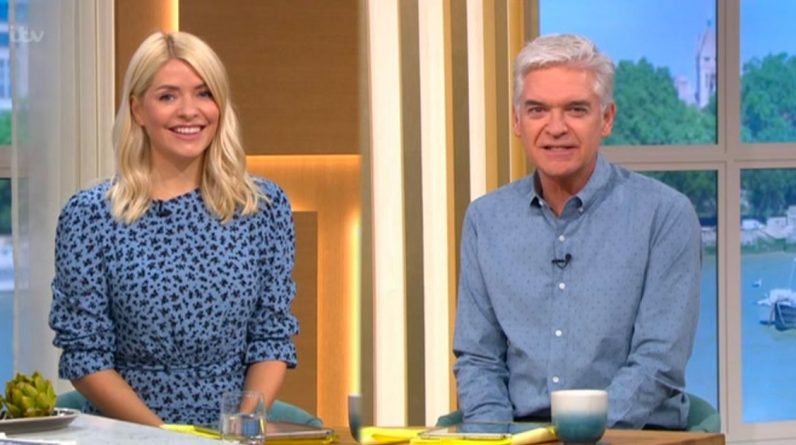 Philip Schofield responded to the ‘hostile’ claims with Holly Willow and addressed their future this morning.

Reports came in late last year that the ITV presenter was locking the horns with his fellow actors, creating a ‘toxic’ situation.

It was reported that there was a tension between him and Holly Willow and fellow daytime host Ruth Longsford.

The two present did not speak directly to the claims, but were united on screen and outside.

Philip, 58, recently talked about the couple being closer than ever, and he actually relied on his sex on Holi.

He explained that those reports almost “shook” his life as he struggled to be gay and the implications for his family.

Speaking on Chris Evans’ How to Wow podcast, Philip addressed the claims of “tension” in the ITV studio: “Nothing has been said that is untrue.

“No and never a fight with Holly.

“We can’t be close when they write ‘Philip and Holly and Enmity’ because I told her my secret and she kept me at work together.”

The presenter added: “There was a toxic situation this morning. There was nothing like that. Everyone is equal. We all love each other. They cared about me. We all talk about each other’s families and their lives. It’s a tight team.”

Regarding their future on the ITV show, Philip said: “It continues to be reported that Holly and Philip are leaving this morning … no matter how many times we say no, we have no plans to leave this morning.

“I have no plans to leave this morning. I adore that show.”

Philip even broke down in tears when Holly was in a live radio interview with Chris Evans last week.

When he was talking about his new book on the Virgin Radio breakfast show, he was emotional as he complimented his fellow actor and friend.

“She’s calm, quiet, sensible, balanced. Not just for me, but for Steph.”

This morning airs on ITV from 10am on weekdays.