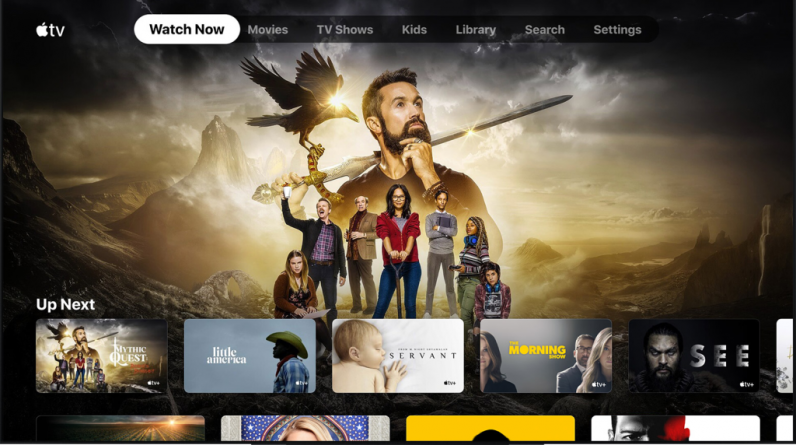 Apple TV continues its journey to new devices: Sony Electronics has announced that it is coming to choose TVs that are connected to the Internet.

Sony has announced that the Apple TV application on Sony’s X900H series TVs will begin to appear in the United States today with a software update. Apple TV Plus, an app that provides access to Apple TV channels, TV shows and movies purchased from Apple, and third-party streaming services – the year that the select Sony Smart TV will be launched in 2018 models and most 2019 and 2020 models.

Apple broke a long-standing strategy of previously booting its services into its hardware products, announcing an agreement in January 2019 with Samsung to initially bring Samsung’s video app to Samsung TVs. The Apple TV app is now available on Roku, Amazon’s Fire TV and LG, Samsung and Vizio’s TVs. And, of course, the Apple TV app is available on Apple’s own iPhone, iPod, Apple TV, iPod Touch and Mac devices.

Sony TV customers can subscribe to the consumer-electronics maker’s smart TVs through the Apple TV app (usually 99 4.99 per month). Apple has been offering the Apple TV Plus for free for 12 months to customers who purchase one of its devices, last week Apple TV Plus customers said that a one-year free subscription expires between November 1, 2020 and January 31. Free access to the service until 2021, February 2021.

Sony’s Smart TV users can browse the Apple TV app, buy or rent over 100,000 movies and TV shows, including titles available with 4K HDR and Dolby Atmos, and receive customized and managed referrals.

Selected Sony TVs also support Apple’s AirPlay 2 and HomeKit. With the AirPlay 2, customers can play videos and other content directly from their iPhone, iPad or Mac on compatible Sony TV sets. HomeKit allows customers to control Sony’s smart TVs using the Home app or Siri listening on their Apple devices.