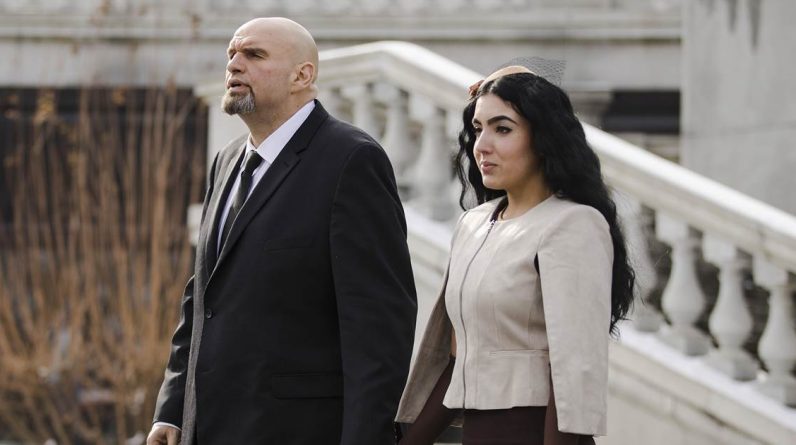 The wife of the lieutenant governor of Pennsylvania said she was the subject of a racist verbal attack at a grocery store Sunday.

Gisele Barreto Fetterman, wife of Democratic Lieutenant Gov. John Fetterman, said the incident happened when she went to buy some kiwis near her home outside Pittsburgh.

“I ran to the local grocery store, met this woman and verbally assaulted her, repeatedly telling her I was not here,” he wrote. On Twitter.

Fitterman is a Brazilian immigrant who has not been documented before. In a short video he released of part of the incident, you can see an unidentified woman pulling off her mask in a parking lot and calling Fetterman my-word. Fitterman recorded the moment he was inside his car, but said the attack began inside the store after the woman identified herself.

“She said, ‘There’s that word that Fitterman is married to. You’ re not here. No one wants you here. You ‘re not here,’ ‘Fitterman said. Washington Post. “She was so comfortable and brave to do it in my face with the audience … it was so scary.”

“It was a long time to really live in the shadows and to be so afraid of every fear of knocking on the door,” he said of his time as an undocumented immigrant. “Because I’m in a place where I can be thankful enough to vote, I’ll be called to jury duty and finally be able to belong to this country I love so much – and then I feel these moments are unpleasant and scary again.”

See also  With an ambitious 2022 budget, Biden wants to "rebuild" the US economy

On Twitter, Fitterman, whose husband was elected in 2018, said the incident was an example of a split in her state and across the country.

“This behavior and this hatred is taught. If you know her, if she is your neighbor or relative, please teach her love, ”he wrote.

Pennsylvania sen. Bob Casey tweeted his support for Fitterman, Sunday Writing Evening, “Teaching our children kindness, acceptance and inclusion is condemning hatred whenever and wherever we see it.”

Ben Keslan is a reporter for NBC News.