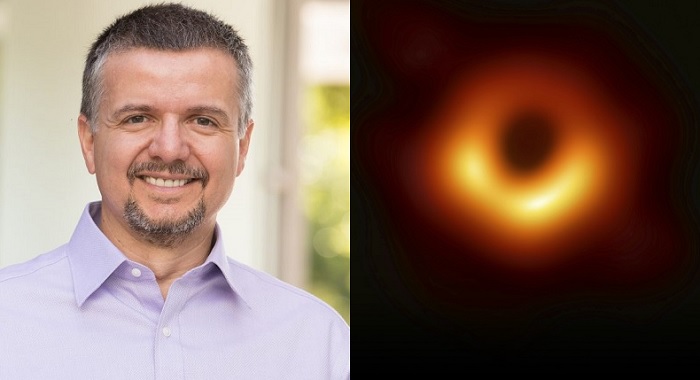 The film has a range of 40 billion km. The distant Messier 87 (M87) measures the black hole – three million times the size of Earth – and has been described by scientists as “a monster”.

The black hole is 500 million trillion kilometers from Earth and was photographed by a network of eight telescopes around the world, co-ordinated by the Event Horizon Telescope (EHD) project. EHT is a consortium of more than 200 scientists who have been consulting on a massive project for nearly two decades.

Saltis, a professor of astronomy and physics at the University of Arizona, is a project scientist at EHD.

His team first measured the size of a black hole shadow. Based on the analysis of the shadow of the M87, EHT researchers have now conducted a unique experiment related to general relativity, deepening the understanding of the extraordinary properties of black holes and rejecting several alternatives.

“Along with gravitational wave observations, this marks the beginning of a new era in black hole astronomy,” Saltis said.

Despite its success, Albert Einstein’s theory is mathematically irrelevant to quantum mechanics, the scientific understanding of the subatomic world.

It is important to test general relativity because the ultimate theory of the universe must include both gravity and quantum mechanics.

“We expect the absolute theory of gravitational force to be different from general relativity, but there are many ways to modify it,” Saltis said.

See also  Awesome experiment: Pick a cone and find out what it reveals about you

“Whatever the correct theory, we have found that it cannot differ significantly from general relativity when it comes to black holes.”

“We really reduced the space for possible changes.”

The Greek astronomer was born in 1970 in the town of Ceres in northern Greece. Studied physics at the University of Thessaloniki. He graduated in July 1992 with a degree in astronomy from the University of Illinois.

In 1997, Saltis became a Smithsonian Postdoctoral Fellow at the Harvard-Smithsonian Astronomical Center. He was a postdoctoral researcher at MIT and a longtime member of the Advanced Research Institute in Princeton, NJ for two years.

In January 2003, he began his career as part of the Faculty of Physics and Astronomy at the University of Arizona.