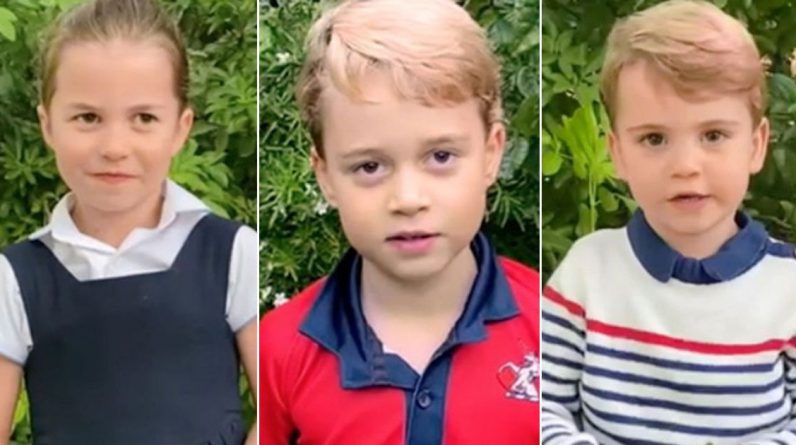 This is a rare opportunity for royal family fans to hear the children speak and see how they have grown.

It is believed that this is the first time Prince Louis has spoken on camera.

The sweet scenes were released by Kensington Palace and belonged to the Duke and Duchess of Cambridge.

In the video, the three royal children take it to Sir David to ask them questions.

Seven-year-old Prince George said, “Hello David Attenborough, what animal do you think will become extinct next?”

Of course, Sir David answers all their questions in great detail.

The footage was recorded at Kensington Palace last month.

He personally viewed his new environmental documentary with the Duke of Cambridge held at the Palace Grounds.

The young prince was photographed manipulating fossil teeth from the extinct Carsarocles megalodon – one of the most feared predators to swim in the oceans – and plot.

Later, William and senior broadcaster saw A Life on Ever Planet, an obvious and powerful first-hand account in which Sir David reflects both the limited moments of his life as a naturalist and the catastrophic changes he witnessed.

Socially distant in the open, the names of the Duke of Cambridge and Sir David were given to the chairs of the directors printed on the back – but at the change of plan they sat on each other’s seats.

The 94-year-old broadcaster spoke to William, Kate and their three children, George, Princess Charlotte and Prince Louise after the screening on Thursday.