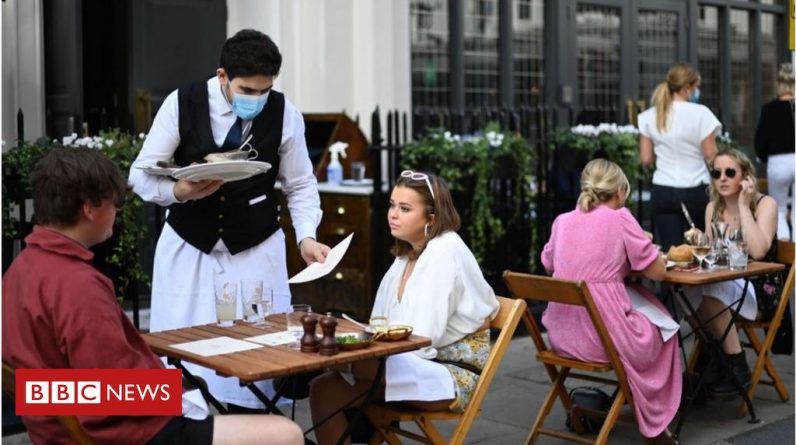 UK companies have repaid more than 5 215 million to the government.

According to HMRC figures, about 80,433 employers have reimbursed workers for their wages.

It is believed that part of the $ 3.5 billion recovered may have been paid by mistake or to fraudsters under the scheme.

Workers on leave under the Corona Virus Job Retention Program (CJRS) – or incentive scheme – receive 80% of their pay, up to a maximum of 500 to 2,500 per month.

Originally all of this was paid for by the government, but companies now have to contribute to wages as well.

As of September 15, companies and other organizations had repaid 5 215,756,121 grants, according to data obtained by the PA news agency Freedom of Information Request.

Some were refunded, while other companies said they would pay a small amount next time.

This is a small fraction of the $ 35.4 billion requested under the CJRS as of August 16, the latest date for which statistics are available.

CJRS was launched in April to support businesses that were unable to operate during the lockout, or had to reduce staff size. But companies are being asked to repay the taxpayers they receive if they think they can make the money themselves.

People like Primark and John Lewis have stated that they will not ask for money under the employment retention bonus, which pays companies £ 1,000 per employee, which they bring to work from January to the end.

Despite warnings, the government has rejected calls for an extension of the Farlow project by the end of October 31. It will trigger a wave of job cuts.

The HMRC said: “To address the impact of the epidemic on people’s jobs, businesses and livelihoods, the government has introduced some of the world’s most generous and comprehensive support packages, including the Corona virus job retention program.